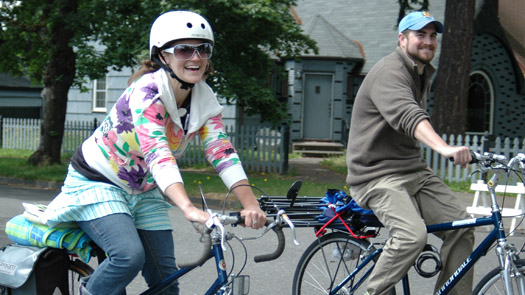 Stop by Milagro as you ride your bike along the Green Loop (Downtown and Inner SE). There will be city-provided bike racks right in front of the building. Enjoy performances by Colectivo Son Jarocho de Portland, artwork by Verónika Guzmán, Hampton Rodríguez, Antonio Alcocer, Luciana Proana, Via Raiz and other area Latino visual artists and performers. We’ll also have sidewalk chalk and face painting for the kids, and Teatro Milagro performers will give you a sneak peek into the new play ¡Corre! ¡Corre!