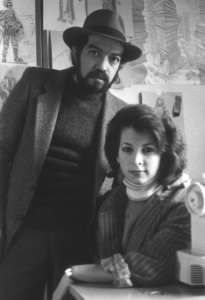 José Eduardo González, Executive Director, and Dañel Malán, Teatro Milagro Artistic Director, founded the Miracle Theatre Group, a.k.a. Milagro, in 1985. Milagro was an outgrowth of ARTPAZ, founded and owned by González and Malán in 1984, that produced an eclectic blend of theatre productions beginning with Relatively Speaking by Alan Ayckbourn, staged at the Savier Street Theatre. In the next year, ARTPAZ experimented with a variety of productions, avant garde, irreverent, and socially conscious, as it searched for both identity and purpose. 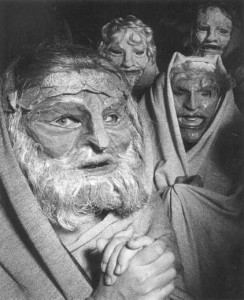 In 1986, after the formation of Milagro as a non-profit organization, the company produced Oedipus Rex at the Northwest Service Center and founded the Ancient Greek Theatre Festival. For the next seven years, Miracle continued to produce Greek tragedies and comedies. In 1989, González, inspired by nostalgia for his beloved Southwest, spearheaded the creation of the first Hispanic Cultural Festival. This ambitious event presented two adult plays, Roosters by Milcha Sanchez-Scott and Burning Patience by Antonio Skarmeta, and Teatro Milagro’s first bilingual children’s play, Perez y Martina by Thom Jenkins. Additionally, the first program presented local dance and music companies, featured Portland poets in bilingual poetry readings, and in collaboration with the Council for Human Rights in Latin America, presented the internationally renowned musical group Illapu from Chile.

Over the next two seasons, Milagro continued to produce the Hispanic Cultural Festival in the spring and the Ancient Greek Theatre Festival in the fall (talk about identity crisis!). Finally, in 1992 the organization felt that the transition point had been reached and dedicated its entire energy to the production of Hispanic works of theatre, art and culture. And it has not turned back since. 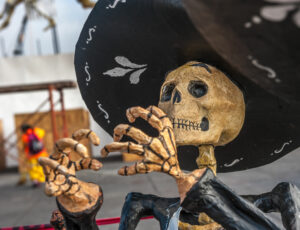 At the end of 1992, Milagro reached another important juncture. It decided to relinquish its tenancy at the Northwest Service Center and find its own home. Over the next three years, Miracle continued to produce a full season of productions utilizing available theatres and “spaces” throughout the region. Finally in September of 1995, after three years of wandering and wondering, Miracle discovered its present home. In seven short weeks it set up its administrative offices and built its current theatre, just in time for the first Día de los Muertos Festival. In December of 1997, it accomplished another milestone: purchasing its building. This enabled it to expand its facilities to include a dance/rehearsal studio, a gallery space, scene shop, and props/costume storage area. Recently, the organization has taken over more space and will be working to expand its lobby and establish a café, box office and gift shop.