Providing extraordinary Latino theatre, culture, and arts education experiences for the enrichment of all communities.

About: Board of Directors 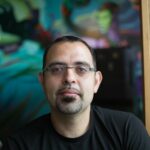 Soltero Jr. and his team aim for Tamale Boy to be a fun and approachable dining option that is affordable for everyone. Tamale Boy offers a seasonally changing menu designed to highlight cuisine from various regions throughout Mexico. 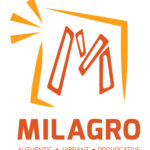 Clinten Hendricks brings marketing and business development experience to the team. Clint is the Founder and Principal of Hendricks Consulting, LLC, a firm that assists companies and organizations in creating and executing transformational global marketing and operations strategies. He has a strong business background with over 20 years as an executive in various marketing and business development roles for global brands Nike and Lululemon Athletica. Clint earned his MBA from Harvard Business School in Boston and completed his Bachelor of Science degree in Industrial and Systems Engineering from the University of Southern California, in Los Angeles. Having recently joined the board he looks forward to using his experience to help Milagro continue to grow and thrive for the enrichment of all Portland communities.
Back to Top

John Rodarte brings organizing and fundraising experience to the team. John is the Manager of Commercial and Residential Sales for AAA Heating and Cooling and has been connected with Milagro for years, but has only recently become involved. He has a strong business background, over 20 years of managerial experience as well as a strong dedication to community involvement and volunteerism. John served as the State Director of the Ventura Junior Chamber of Commerce for six years where he coordinated the State Convention, served on fundraising committees, and created innovative new programs. He looks forward to using his experience to help shape the future of Miracle Theatre Group and to expand awareness of the Latino Arts in the Portland community.
Board member since March 2009
Back to Top 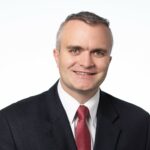 Pete Johnson is a financial advisor with Principal Financial Group. Pete attended Willamette University where he earned a joint JD/MBA degree. In his free time, Pete is actively involved in his community as a supporter for many charitable organizations including the Bradley Angle Women’s Shelter, Kenya Keys for Education, and Youth Outside. He is also involved with Teatro Milagro and the Oregon Mediation Association. Aside from his community involvement, he also is a lover of tennis, backpacking, outdoor adventures, foreign films, international travel, new non-fiction, and old literature.  As a young adult Pete lived in Chile and Ecuador where he developed fluency in Spanish.
Back to Top 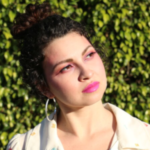 Maya Malan-González is an actor, playwright and teatrista. Her work centers female voices and pressing social issues, and she embraces movement and a little wacky humor in all things art. She is a lifelong member of Milagro in Portland and an ensemble member with Teatro Luna West in Los Angeles. As an actor, Maya is passionate about touring and has performed on stages from coast to coast as well as in Mexico, Scotland, and Ireland. She has also performed with Cara Mia Theatre, San Jose Stage Company, San Diego Rep, The Road Theatre Company, El Teatro Campesino, Teatro Vision, and Northwest Children’s Theatre.  Her written work includes “Huelga” and “Blast Off” commissioned and presented by Teatro Milagro; “A Xmas Cuento Remix”, which had a National New Play Network Rolling World Premiere with Milagro, 16th Street Theater, and The Cleveland Public Theatre; and her story “Down the Side of the Mountain” is featured in Teatro Luna’s Audible Original audiobook, “Talking While Female and Other Dangerous Acts”. Maya received her B.F.A in Acting from The Theatre School at DePaul University with a concentration in Latino Studies and she is a graduate of the NALAC Leadership Institute (2018).
Back to Top 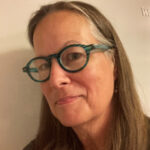 Ellen Thomas has spent her entire career in the non-profit Arts/Culture/Heritage sector, her primary interests being arts education, artist-audience connectivity, artist professional development.  As Education Director at the Northwest Film Center for 32 years, she conceived and carried out a variety of statewide education and outreach programs for artists, youth and adults, many of them focused on using filmmaking to voice to BIPOC individuals and communities.  These included a collaboration  with the Oregon Council for Hispanic Advancement, which resulted in a youth-produced film series, Nuestra Vision, Nuestro Futuro, about growing up Latino in Oregon today; Object Stories, a series of short films about precious personal objects in our lives, created by Milagro artists; and a pilot which seeded Milagro’s Oregon Latino Oral History Project which continues today.  She has served on boards and/or advisory committees for such entities as the Multnomah County Cultural Coalition, Regional Arts & Cultural Council, Oregon Department of Education and numerous others.

José Eduardo González y Salazar, Executive Artistic Director
E-mail: jefe (at) milagro.org Ext. 112
José’s background includes ten years as a freelance scenic designer working in Oregon, Texas, and California. He founded Miracle Theatre Group in 1985 with his wife, Dañel Malán. José holds an MFA in Theatre Arts from UCLA and a BA in Humanities with an emphasis in Philosophy and Arts History from the University of Santa Clara. He has studied in Vienna and traveled through Europe and the Middle East. In 1997, José was recognized as a Community Treasure by TACS-PGE/Enron. He has also received awards for “Outstanding Contribution to the Hispanic Community” from IMAGE of Washington County, 1992, and a Dramalogue Award for Excellence in Set Design for The Hostage, 1983. In 2019, José received The Stewart H. Holbrook Literary Legacy Award for significant contributions to Oregon’s literary community. Under the pseudonym Martín Milagro, he has written five full-length plays produced by the Miracle Theatre: Maria’s Magic Christmas (1989); Un Christmas Cuento (1991); ¡Cuentos! (1992); La Canción de Libertad (1993); and Chavez (1996). He has also penned two Spanish-language screenplays: Solución Familiar and Adios Tristeza for Washington County Aging Services. José has served as an Adjunct Assistant Professor in Theatre Arts and Chicano/Latino Studies departments of Portland State University, and as a Visiting Arts Administration Specialist for the United States Information Agency (1995 & 1996), conducting workshops in arts administration and fundraising with large and small organizations in Guatemala, Honduras, and El Salvador.  Currently, he serves on the board of directors for the Miracle Theatre Group, the National New Play Network and is Vice President of the Central Eastside Together board.
Back to Top

Dañel Malán, Artistic Director: Teatro Milagro
E-mail: malan (at) milagro.org Ext. 122
Malán co-founded the Milagro Theatre with her husband, Jose Eduardo Gonzalez and in 1989 she created the bilingual touring program, Teatro Milagro, which tours nationally to schools, colleges and universities. Ms. Malán researches and develops script ideas and works with playwrights, directors, composers and choreographers for the creation of many of the productions. She has also written several bilingual scripts for Teatro Milagro, which include Cuéntame Coyote (2005, 2014) and FRIDA, un retablo (2006, 2013). For several years she also managed and performed with the Milagro Bailadores, Miracle’s pan-Latino dance troupe. For Milagro she has collaboratively designed and implemented curriculum for K-12 schools and colleges and has presented at various workshops, conferences and college campuses around the country. Malán also co-founded OYE, Opciónes Y Educación, a Latino sexual health coalition with Multnomah County Health Department. Malán received her BA in Theatre Arts from the University of California, San Diego and her MS in Curriculum Instruction from Portland State University. Currently she serves as a Commissioner representing Multnomah County on the Metropolitan Exposition and Recreation Commission.
Back to Top

Olga Sanchez, Artistic Director Emerita
Olga Sanchez served as the Artistic Director of Milagro, the NW’s premier Latino arts & culture organization from 2003-2015. An actor, director, writer and educator originally from NYC, she served as Co-Artistic Director of the People’s Playhouse in the East Village, as a founder and Artistic Director of Seattle Teatro Latino, for which she wrote and directed several pieces celebrating the beauty of Latino cultural heritage, and as a founder of La Casa de Artes, a Seattle-based non-profit organization dedicated to raising the visibility of Latino arts and artists in the community. For Milagro, she directed over 25 works including: El Quijote by Santiago García; García Lorca’s Bodas De Sangre(in the original Spanish) and Blood Wedding; Nilo Cruz’s Lorca In A Green Dress (Drammy Award, Excellence in Direction), and several world premieres including Caridad Svich’s Guapa and Rubén Sierra’s When The Blues Chase Up A Rabbit. Her devised work includes five Día de muertos shows, including ¡O Romeo! (Drammy Award, Outstanding Achievement in Devised Work). Internationally, her directorial work has been seen in Honduras, Peru, Venezuela and Cuba. Sanchez is a founding member of Los Porteños writers group; her work has been published by Electrik Milkbath Press, Rio Grande Press and Rain City Projects. She edited the book, “Teatro de los Muertos”, a collection of photographs by Russell J. Young of Milagro’s muertos shows. In addition, Sanchez pens a column on local Latino arts and culture for El Hispanic News, Oregon’s bilingual newspaper. Sanchez has served for many years as a community arts organizer and art educator, including as the director of Milagro’s Latino Artists eXchange/Intercambio de artistas Latinos (LAX/IdeAL), strengthening the community of Latino artists of all disciplines. She has served youth groups and cultural organizations, including the Cesar Chavez Leadership Conference and Seattle’s Mañana Coalition. She is the creator of Posada Milagro, a community-based holiday program. From 2007-2013, Sanchez served on the board of Theatre Communications Group (TCG) and its Diversity Task Force; currently she serves on the Steering Committee for the Latina/o Theatre Commons, a program of Howlround/Center for the Theatre Commons at Emerson College. She holds a BA, Theatre, from Hunter College, C.U.N.Y.; MA, Human Development, Pacific Oaks College NW, specialization in Bicultural Development; and begins graduate studies toward earning a Ph.D., Theatre Arts, from University of Oregon in fall, 2015.
Back to Top