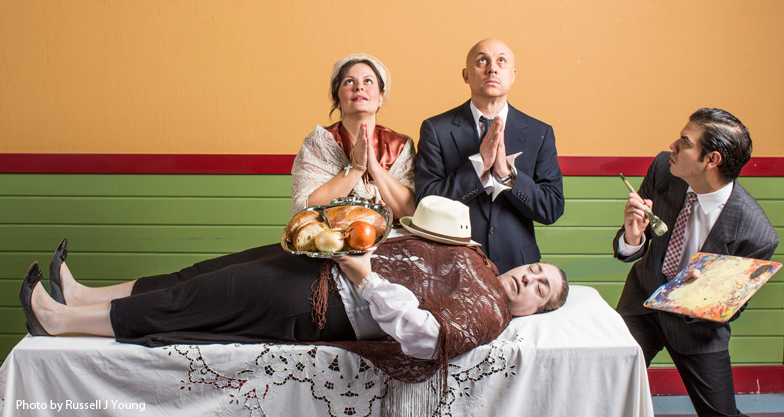 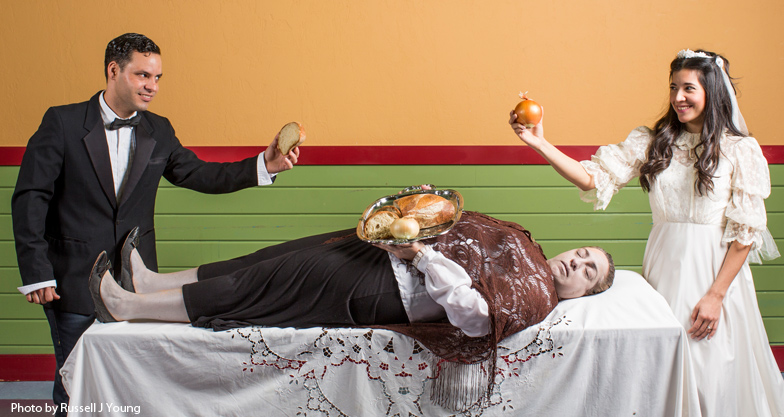 Through thick and thin forever!
By
Héctor Quintero Viera
Directed by Nelda Reyes
NW Premiere | Presented in Spanish with supertitles in English 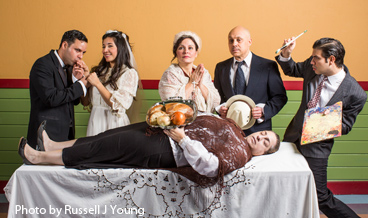 “Director Nelda Reyes has made a faithful presentation of Viera’s play, down to the smallest of details.”
– Christa Morletti McIntyre, Oregon ArtsWatch, Feb. 16, 2016

“As serious as the themes are, as honest the struggles are, it is a riotous, character-driven comedy.”
– Sean Ongley, Thru Magazine, Feb. 15, 2016

Anslemo strives to earn his raise. Lala tries to spend what he doesn’t make. Can they stick together through thick and thin? Héctor Quintero’s tragic comedy, Contigo Pan y Cebolla, reveals one middle class, Havana family’s hilarious antics to ‘fake it ‘til you make it,’ while the Cuban Revolution rumbles in the distance. . . 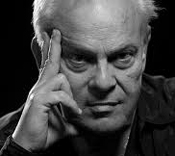 Héctor Quintero was born in 1942 in La Havana, Cuba. He studied both accounting and stage performance in his youth, and then later graduated from the University of La Havana with a degree in Language and Hispanic Literature. Quintero was a member of multiple theater groups in La Havana, including Milánes, Conjunto Dramático Nacional and Teatro Estudio. He wrote his first play, Contigo Pan y Cebolla, in 1962 when he was only twenty years old. The play enjoyed international success, as did his next play El Premio Flaco. He wrote and directed many other plays, all of which were run in Cuba and abroad. Quintero also directed and produced a number of musicals (composing musical scores himself), and wrote and directed a Cuban television series that won multiple awards. He died at 68, in 2011 in La Havana, but is remembered by many as the most popular playwright in Cuban history.
Source 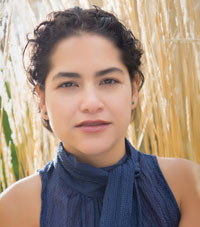 Nelda Reyes, a native of Mexico City, has studied with the Moscow Art Theatre School Institute of Harvard University, as well as with Maestro Luis de Tavira and Teatro Línea de Sombra and University of Guadalajara Theatre Company. She has been director and assistant director for theatre and opera in Mexico and the US and has served as dramaturge and translator of text and poetry for the stage. In Portland, she has directed at Miracle Opción Múltiple (2015), Jardín de Sueños (2012), Los Vendidos (2009) and stage readings of Made in Lanus, La Conspiración Vendida. She has recently acted with Profile Theatre (Sam Shepard´s Festival of One Acts ), Miracle Theatre (Entre Villa y una Mujer Desnuda, Dance for a Dollar, Rosalba y los Llaveros), Shaking the Tree (Memory Water) and The Circus Project (Indulge). Nelda is a performer and co-creator of Leyendas de Mexico- Legends of Mexico, an educational touring program based on pre-Columbian tales, and she is a founding member of Nuestro Canto, a group dedicated to the preservation of Mexican art and culture through education. Nelda received her Master’s Degree in Theatre from Portland State University. 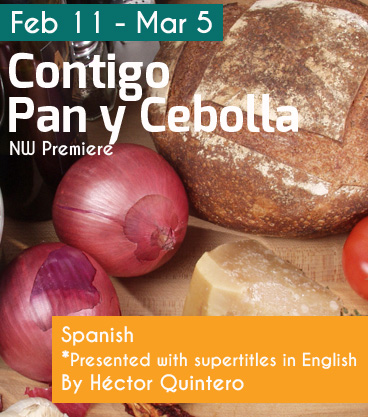 Contigo Pan y Cebolla is supported in part by