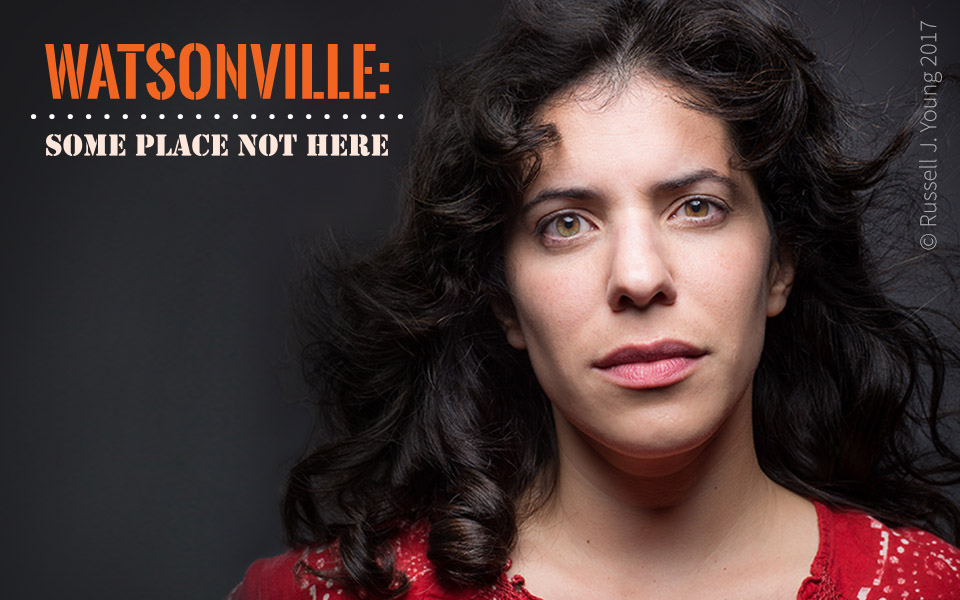 Watsonville: Some Place Not Here 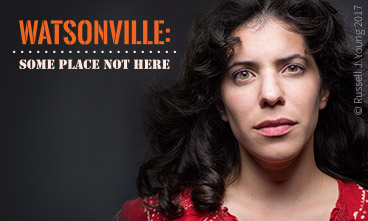 A cannery strike. A vision of the Virgin. An earthquake.

As anti-immigration legislation sweeps a California farming town,
the community comes together and rises up
through the strength of its Chicana women.

Set in Watsonville, California, a story of women’s triumph loosely based on a 1985 – 1987 Cannery strike, a 6.9 Richter scale earthquake, and a vision of the Virgen de Guadalupe. This drama is vividly realized; you will smell the sopa de albondigas, feel the warmth of the California sun, and listen to the sensuous music of the bolero. Developed through interviews conducted with residents in Watsonville, Moraga accounts the story of the working Chicana women rising up to defend their community. Their fight against unfair wages, persecution based on citizenship status, and threats to their families’ safety brings them together in an unbreakable sisterhood.

Run time: 2:45, including a 15-minute intermission

Join us on selected evenings as we welcome various individuals and labor and union organizations in the Portland area. Visit with them before the show, starting at 6:30 PM.

Thursday May 17
Spotlight on SEIU Local 49 and Northwest Workers' Justice Project
Join us at 6:30 PM for a 30 minute pre-show presentation in El Zócalo.

Friday May 18
Pre-show talk with Peter Shapiro, author of Song of the Stubborn One Thousand: The Watsonville Canning Strike, 1985–87; in El Zócalo starting at 6:30 PM,

Thursday May 24
Spotlight on Oregon Tradeswomen, Inc. and Oregon Women Labor Leaders
Join us in El Zócalo for a pre-show reception starting at 6:30 PM.

Friday May 25
Spotlight on LiUNA Local 737
Join us in El Zócalo for a pre-show presentation starting at 6:30 PM.

WATSONVILLE IN THE NEWS

Cherríe Moraga is a co-editor of This Bridge Called My Back: Writings by Radical Women of Color, republished in a new edition by SUNY Press in 2015. As a political and literary essayist, she has published several collections of writings, including A Xicana Codex of Changing Consciousness — Writings 2000-2010. Moraga is the recipient of the United States Artist Rockefeller Fellowship for Literature, the American Studies Association Lifetime Achievement Award, and the Lambda Foundation’s “Pioneer” award, among many other honors.

Her most recently premiered play, New Fire: To Put Things Right Again, which she also directed, opened at Brava Theater Center in San Francisco in 2012. A collaboration with visual artist, Celia Herrera Rodríguez, over three thousand people witnessed the work. In 2017, Moraga premiered a new work, the award winning The Mathematics of Love, a theatrical conversation with her forthcoming literary memoir, The Native Country of a Heart — A Geography of Desire.

For nearly twenty years she has served as an Artist in Residence in the Department of Theater and Performance Studies and in Comparative Studies in Race and Ethnicity at Stanford University. She has mentored a full generation of published writers and playwrights who credit Moraga as one of their most influential teachers.

Cherríe Moraga is an activist writer, who sustains an engaged schedule of appearances on college campuses, conferences and community settings both nationally and internationally. She is also a founding member of La Red Xicana Indígena, an advocacy network of Xicanas working in education, the arts, spiritual practice, and indigenous women’s rights.

Elizabeth Huffman returns to Milagro for the third time having previously directed Oedipus El Rey and American Night. She recently returned from Germany where she directed her new musical Bon Temps Roulez at the Shakespeare Cafe, translated into German by the prestigious Bremer Shakespeare Company. Her other play, Not My Revolution, directed by Louanne Moldovan, was originally presented at Milagro for Cygnet Productions in 2016 and made it’s Equity premier in 2017 at Fusion Theatre in New Mexico. Elizabeth recently performed Not My Revolution in NYC in its new multi- media version, re-directed by Ms. Moldovan and will tour internationally this summer. In 2019 she will travel to Chicago to develop it into a three-character play at Silk Road Rising. Other Portland directing projects include: Mary Stuart, King John, Lion In Winter, Antony & Cleopatra, Oedipus the King, Trojan Women, Ladies Man and November. 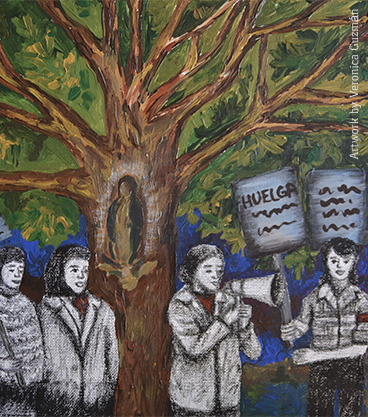