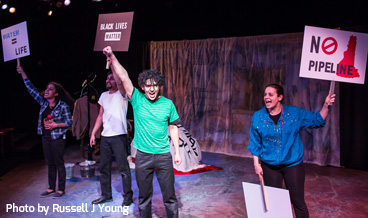 This project is part of the Latina/o Theatre Commons El Fuego Initiative.

The opening night reception will be catered by Tamale Boy.

Amidst chaos, confusion and war, an American engineer worked to bring electricity to rural villages in Nicaragua. "El Payaso" invites the audience to learn the story of an incredible man and the extraordinary people with whom he unexpectedly connected. Our tale is told through the eyes of Elías, a Latino college student, traveling to Nicaragua thirty years later, to encounter the people who are still carrying on the work of the late Ben Linder. An engineer and a clown for a cause, Linder participated in rallies and health campaigns that brought vaccines to children. His memory lives on in the work of Clowns without Borders and various environmental groups that are collaborating to bring this story to life. With red noses and humor, the performers will share the value of “thinking globally, while acting locally."

In 1987 Ben Linder was killed by Contras in Nicaragua, during a war that was fueled by the Regan administration of the United States. For the 30th anniversary of Ben’s passing, this play will share with a new generation, an inspirational story of one idealist who saw the potential of art and science to help save the world, one small village at a time.

American/Sandinista from Jason Blalock on Vimeo. 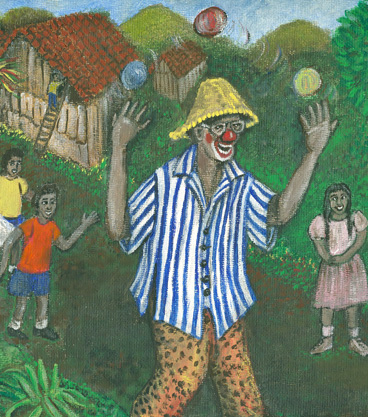 The 2017 Tour of El Payaso is made possible in part with the support of: