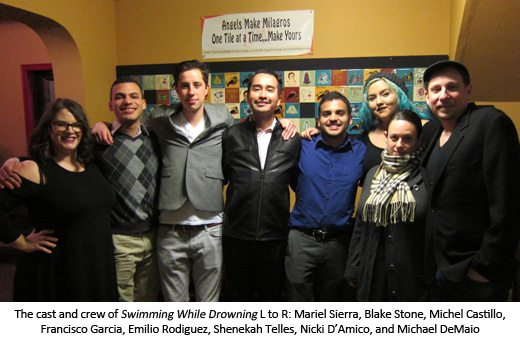 The energy at Milagro this week is electric as company members and audiences alike are raving about the incredible work that took place on stage this past weekend. The show is being described as honest, resonant, funny, and beautiful.

Director Francisco Garcia beautifully summed up opening night by saying, “I am so grateful that I was given the opportunity to direct the world premiere of Emilio Rodriguez’s beautifully poetic play Swimming While Drowning. We had a wonderful opening night filled with love, laughter, and joy. Sold out house and the audience response was amazing. Actors Michel Castillo and Blake Stone were on fire and owned the stage from the moment they stepped foot on it. The five minute standing ovation they received at the end was icing on the cake, they earned it. They are hands down two of the finest young actors I’ve ever worked with. This one will be staying with me for a long, long, long time.” 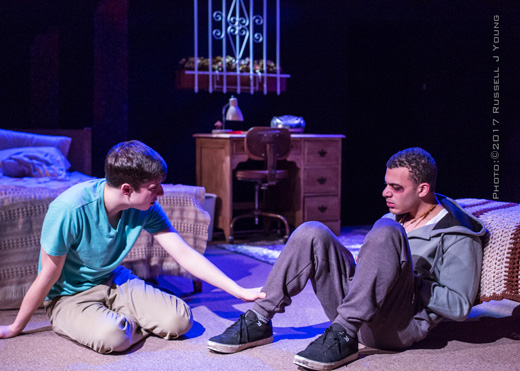 Castillo and Stone recently sat down and answered a few questions about the show themselves:

What excited you about the play?

Stone: I normally do not get to tell a story with current situations relating to people my age. This show includes the struggles of the LGBTQ community and also homelessness, a really big issue in this town. And in my experience, being an actor and a person of color in a town like Portland, most shows that I do deal with the subject of race but what’s exciting about this show that makes it different, is that I get to focus more on culture and what that means internally to a person.

How would you describe your character? 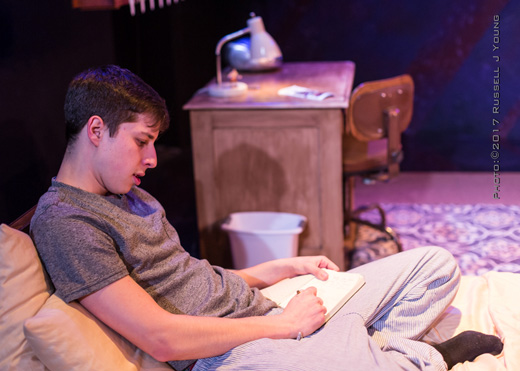 Castillo: Angelo is a very poetic, driven person. With everything he does, he leads from his heart. Angelo finds himself in this LBTQ homeless shelter and sees someone that he wants to connect with and he opens up and is immediately shot down. Most plays in Portland are done for adults, but this is a show about kids with young professionals as actors and it’s extremely relatable, everybody can find a little piece of themselves in it. There’s nothing like this show. There’s a little bit of everything.

Favorite line from the play?

“My cousin couldn’t even be an angel, he was the size of an olive.”

“That’s how big the stars look from down here.”

Castillo: “I try to paint you with my words.” 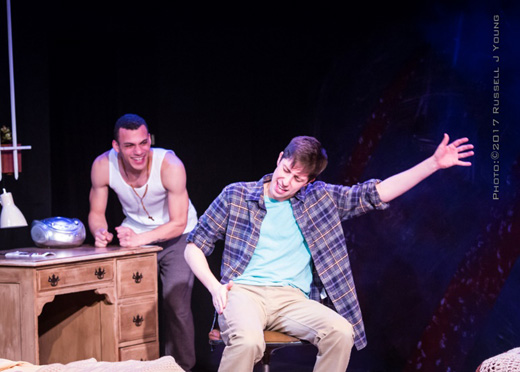 Stone and Castillo may be two young actors making their debut at Milagro, but they are leaving an impressive mark. They bring a youthful energy to the company. Backstage they jokingly compare their characters in the show to Batman and Spiderman. On stage, they give it everything they’ve got, impressing critics and audiences.

Reviewer Dennis Sparks says, “This is a powerful play, as both the author, Rodriguez and director, Garcia, have created a world of immense proportions within the confines of one, small, cluttered room. It is never boring and the space expands as your imagination opens it up to their possibilities. The two actors, Castillo and Stone, are excellent!  I couldn’t imagine anyone else in these roles. They play off each other with such believability that you feel you are in the room with them. Kudos to all involved!” Read the full review here.

Ronni Lacroute, long-time Milagro patron, left the theatre stunned, remarking, “I loved the compact highly poetic script filled with beautiful evocative language including spoken word. The two young actors, Michel Castillo and Blake Stone, spoke this language with so much feeling and honesty that they did not seem to be acting. What terrific performances! Their voices were beautifully textured, and I liked their body language and the way they used the small space to convey the emotions of the characters to the audience. This play moved me very deeply, and I applaud the very meticulous and sensitive work of director Francisco Garcia. This is one of the most beautifully moving plays about love that I have experienced although it takes place in a homeless shelter for alienated gay youth where you don’t expect so much poetry.”