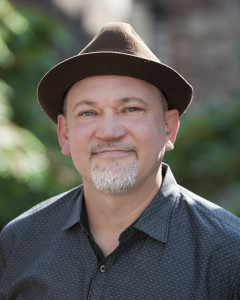 Milagro is delighted to announce that Daniel Jáquez, Artistic Associate and longtime collaborator, has joined the team to serve as Milagro’s Interim Artistic Director.

Jáquez has served as Milagro’s Artistic Associate since 2002, and directed several productions, including his original works. In addition, he is an Associate Artist with INTAR Theatre in NYC and with Teatro V!da in Springfield, MA, as well as an Advisory Committee member for The Lark Play Development Center’s US/Mexico Playwright Exchange and Director of INTAR’s UNIT52, its acting company in training. He is the co-founder of Calpulli Mexican Dance Theatre in Queens, NY, and from 2003 to 2011 served as its Artistic Director and choreographer.

In NYC, Jáquez has directed and produced shows Off and Off-Off Broadway and at renowned concert venues such as Carnegie Hall and Symphony Space.  He also has directed across the United States and in Russia, Switzerland, France, and Mexico. He has worked extensively in new play development with award-winning playwrights including Migdalia Cruz, Magdalena Gomez, Mariana Carreño King, Andrea Thome, and has collaborated with composers Marios Aristopoulos, Fred Ho, Sinuhé Padilla and Ernesto Villalobos to develop new performance dance-theatre pieces. His recent translations into English include plays by award-winning Mexican playwrights David Olguín, Alejandro Ricaño and Luis Ayhllón.

Jáquez grew up in Ciudad Juárez, Chihuahua, México. He studied Actuarial Science at the Universidad Nacional Autónoma de México, earning a Bachelor of Science in Mathematics from the University of Texas and a Master of Fine Arts in Directing from the American Repertory Theater/Moscow Art Theater Institute at Harvard University.

In addition to his responsibilities as the Artistic Director, Jáquez will work with Milagro’s staff & board as they examine and refine its future business and artistic structures, to begin its search for new artistic leadership.