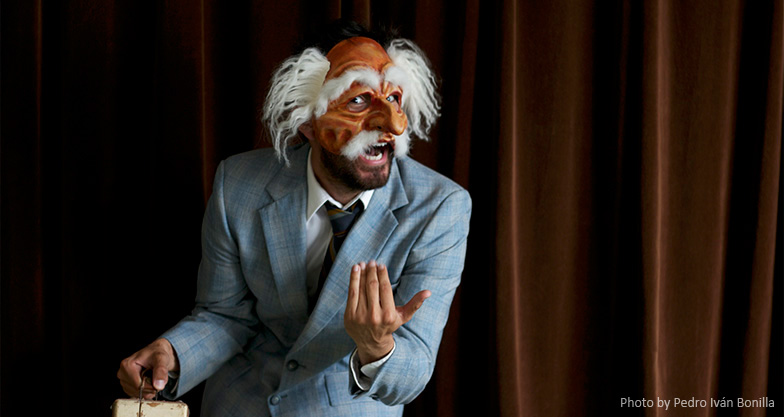 The Mask and the Play of Dynamic Forces 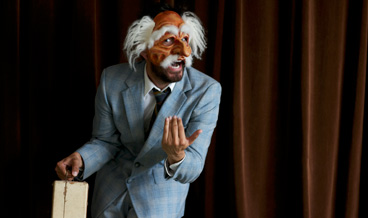 Commedia dell’Arte emerged during the Romantic era as a revulsive reaction to the established theatre intended for the wealthy in the court. It brought about a turning point in the history of theatre. Through physical comedy, Commedia brought theatre to the people with larger than life characters that represented all society, thereby establishing the profession of actor-storyteller.

Because Commedia dell’Arte challenges the actor in many areas, it is used in our time to develop an actor’s craft. The characters of Commedia live on the edge of life and death and their motivations are visceral; the actor’s work is to allow themselves to be possessed by the character and the mask.  This workshop brings physical comedy training for actors and non-actors alike. Through the exploration of Commedia dell’Arte’s archetypical characters, attendees will be exposed to:

Maximum capacity for this workshop is 20 people.
Tuition: $96

Robi started his training in classical mime with the company Expresión Profética (Puerto Rico), where he felt attracted by the beauty of movement and the relation of the actor with the space and audience. He has a BA in Drama from the University of Puerto Rico and an MFA in Ensemble Based Physical Theatre from Dell’Arte International in Blue Lake, CA.

He has performed and lead workshops in countries such as: Mexico, Venezuela, Puerto Rico and several states of the U.S. His work is diverse and influenced by his training in different styles of Physical Theatre such as: masks, commedia dell’arte, clown, melodrama, mime, aerial acrobatics and puppets.

Robi has worked as an actor, writer, director, and choreographer; presenting his work in different spaces: from schools, churches and plazas to theaters, conventions and festivals. He has worked and collaborated with: The Dell’ Arte Company, Teatro del Sesenta, Y no había Luz, Expresión Profética, EABA and Circo Nacional de Puerto Rico.  For many years he toured in Puerto Rico with theatrical, circus and educational shows, and served as a theatre teacher (grades 10th-12th) for 4 years in the Colegio Bautista de Caguas. Currently he is part of Kaiser Permanente’s Educational Theatre Program in collaboration with Oregon Children’s Theatre.

Robi has focused most of his career on exploring how Physical Theatre can transcend spoken language. His passion is to create a physical, dynamic and poetic theatre that connects with people the way sports connects with the fans, to make them reflect on the social and humanitarian issues that we experience every day.