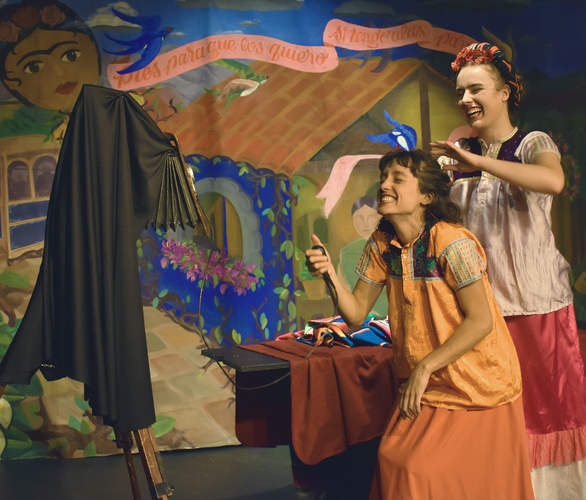 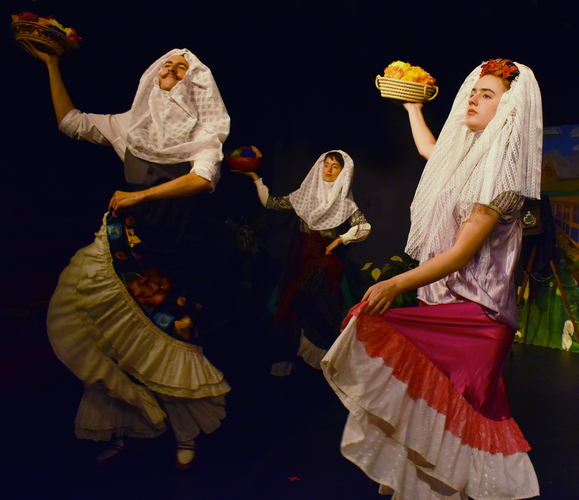 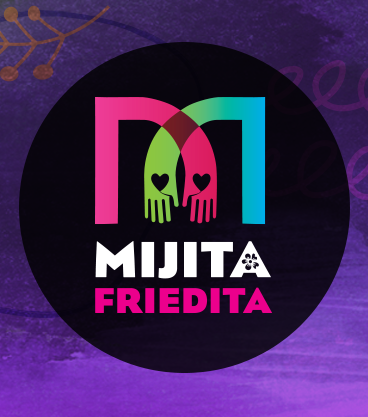 As a child during the Mexican Revolution, young Frida helps her mother to dress the wounds of soldiers and discovers the world of photography though her father. With the onset of Polio, her parents keep her away from bullies and other harm in the streets, but she is so lonely.
With the help of her imagination, she discovers a world of her own, beyond the four walls of her room, where she can play and dance, and be herself. Her imaginary friend takes her to a fiesta with all the characters of her imaginings. There she discovers who she truly is, and sets off on her own to become the legendary artist that continues to inspire.
Melody Well-Benitez plays the title role and is joined by Paulina Jaeger-Rosete as her mom, Mathilde, and various other characters and Dylan Hankins rounds out the cast as her dad, Guillermo Kahlo and also a variety of characters. The cast is directed and choregraphed by Gabriela Portuguez, costumed by Andrea Acosta and sound design and videography is by Lawrence Siulagi.

Gabriela Portuguez was born and raised in East Los Angeles, California. A LatinX professional trained in performing arts and an early career in Business Marketing has led her through numerous artistic roles: Choreographer/Stage Director, Director/ Producer, Arts Educator, Actress, Arts Marketing/ Public Relations, Dance and Fitness Teacher. Her creative influence in choreography is credited to her training in Los Angeles and Portland that established her career in teaching and performing in US universities, various dance studios on the West Coast and abroad, performing for corporate organizations, media, and commercial videos. Her projects with Teatro Milagro have been ongoing and creatively inspiring from the start of Voz Alta in 2009 to the production of Duende de Lorca.