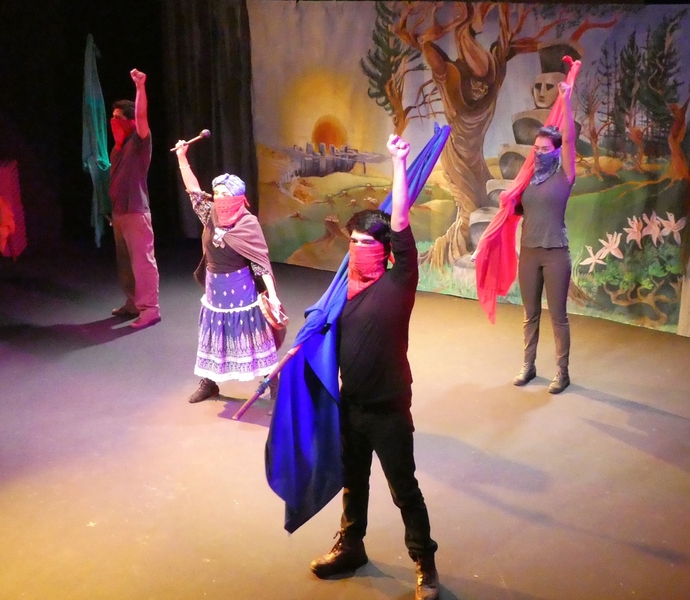 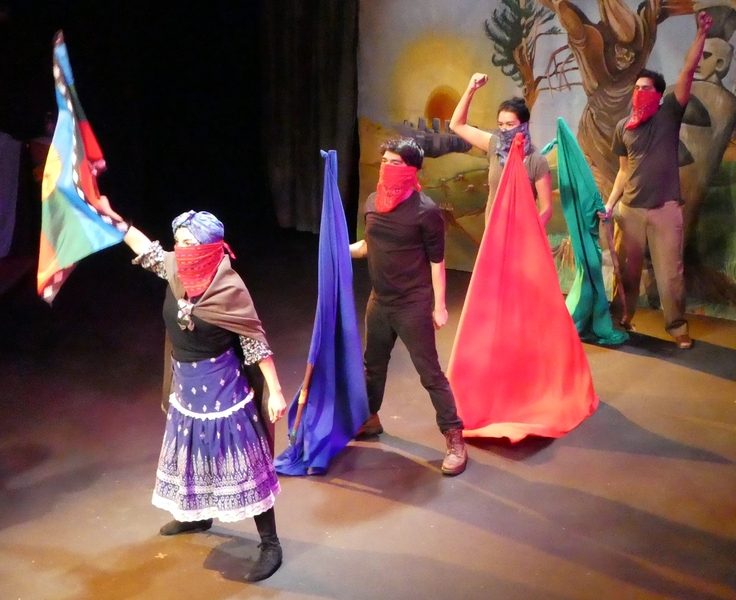 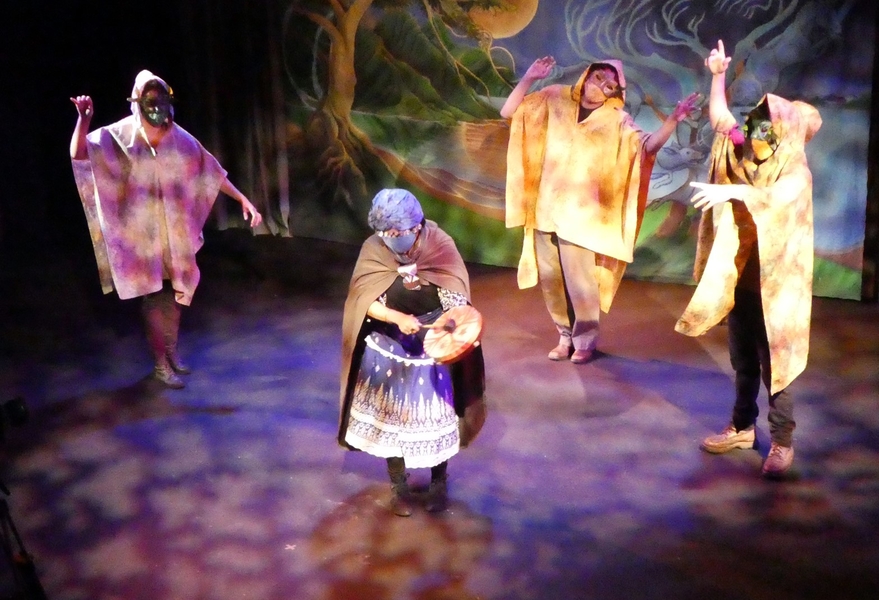 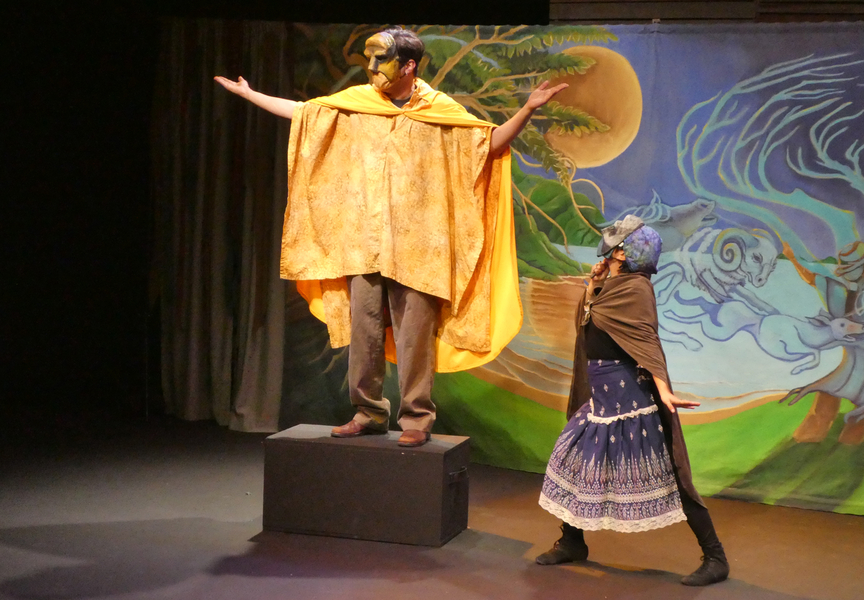 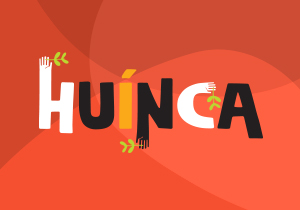 Manuel Huillipan, Mapuche Longko of the Lof Rankilko community, has been wrongfully jailed, accused of setting fire to land illegally purchased by the Arauco Forestal logging company. Millaray Cayancura, the Machi healer of Lof Rankilco, has tried prayers and offerings to her spirit guides to no avail, so she implores the help of a Huinca lawyer. She recruits Javiera Quintana, daughter of a Chilean exile, who has returned to Chile to help support the fight of the Mapuche. Javiera meets her match in Karl Carver, Arauco Forestal’s corporate lawyer, who will stop at nothing to keep Manuel in jail and ensure the logging goes unchallenged.  A chorus of ancient Araucaria trees will connect the past with the present to ensure the survival of the land, the trees, and the Mapuche’s future.

Inspired by true events, Teatro Milagro’s original production of Huínca will expose audiences to the history of the Mapuche and share with them the indigenous Chilean people’s unique relationship to their land.  The play will also frame the Mapuche’s struggle in a larger global context, relating their conflict to other indigenous’ groups efforts to preserve their native land in a common struggle against global industrialization and colonialism.  Huínca will tour nationally, and be accompanied by UNIDAD workshops that focus on environmental health. 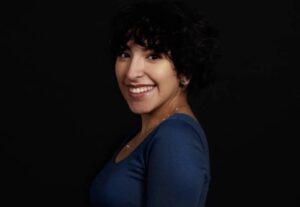 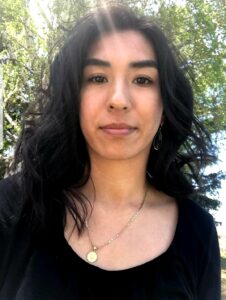 Suleyma (she/her/hers) is a recent BFA Theatre Arts (Performance) graduate from the University of Idaho. She hails from the countryside town of Rupert in Southern Idaho. She has worked in both theatre productions and short films. Some of her more recent work include Steven Dietz’ This Random World, Gobo Fango, and On The Way To The Sawmill with international director Marco Magoa.

She enjoys dancing, sewing, and being active. She’s also a huge fan of the Los Angeles Dodgers! She is excited to announce her debut as the lead actress, Valentina for Teatro Milagro. She will perform in this year’s production of Blast Off, Huinca, and Huelga. She is grateful for the opportunity to perform and work in a bilingual theatre. She thanks her family and friends for believing in her passion and sticking by her side through this adventurous journey. 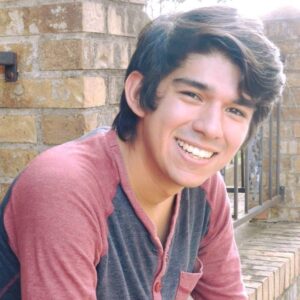 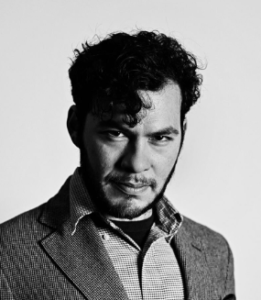 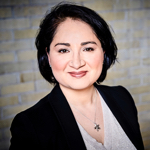 Marilo Nuñez is a Canadian-Chilean playwright. She was Artistic Director of Alameda Theatre Company, a Toronto company dedicated to new work by Latinx Canadian playwrights. She won the 2018 Hamilton Arts Award, Established Artist in Theatre, and has been shortlisted for the KM Hunter Artist Award in Theatre twice, nominated for the Most Influential Hispanics in Canada, and the Hispanic Chamber of Commerce Spirit Awards. Marilo traveled to Chile in June 2019 and met with Mapuche leaders and families who welcomed her into their homes as they taught and exposed her to their culture and land. She wrote this play for them, to tell their stories and spread word of their struggle to preserve their land and autonomy. 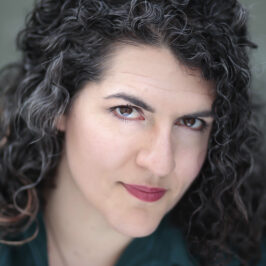