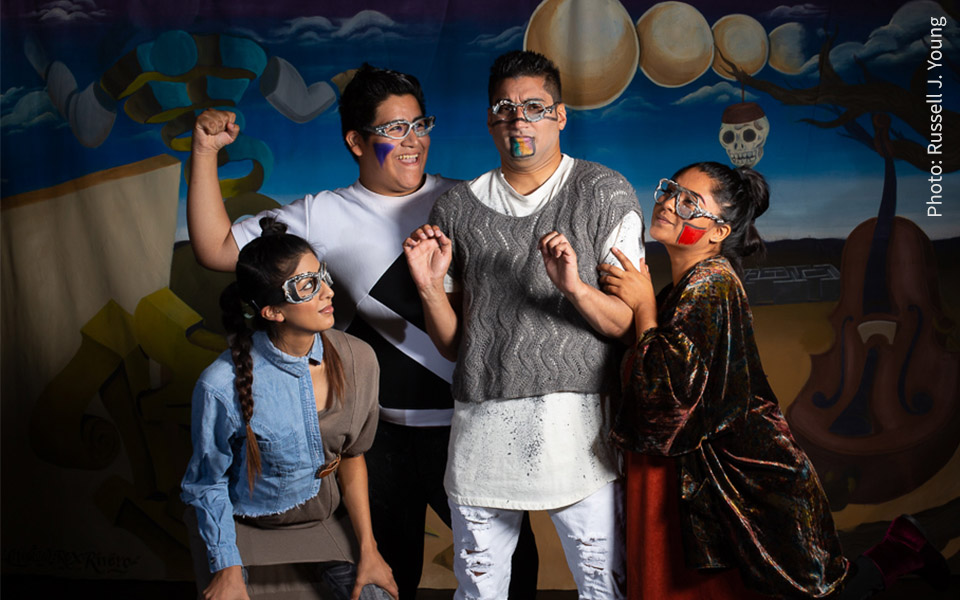 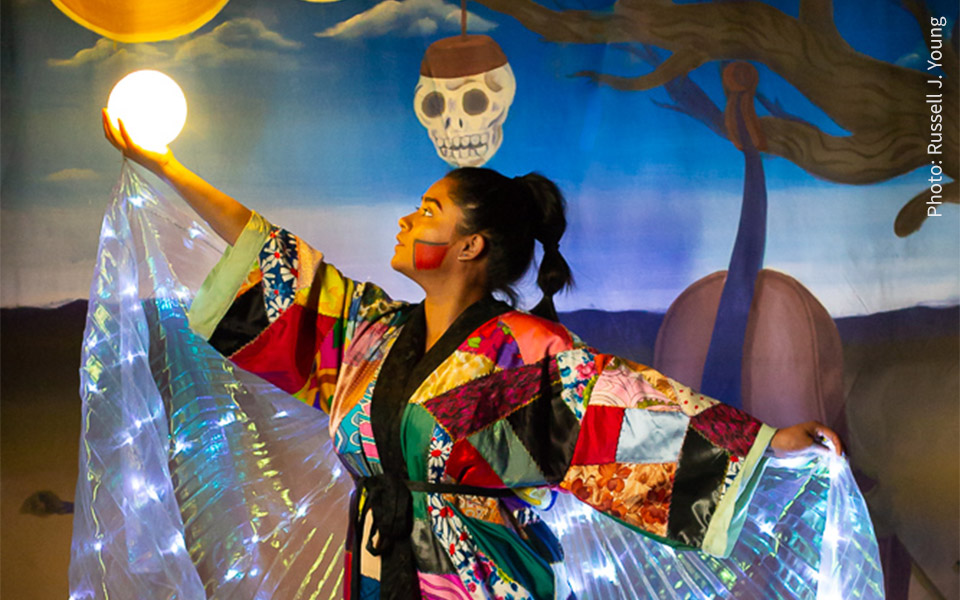 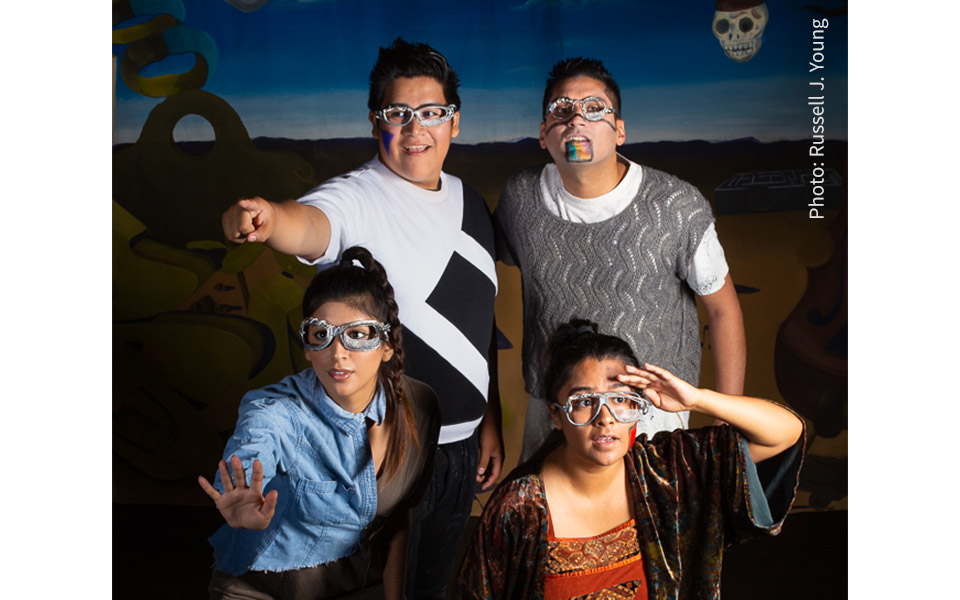 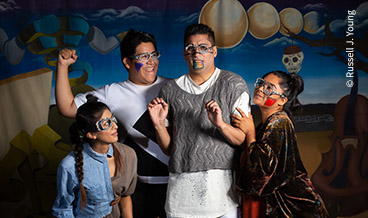 Inspired by the book Flatland by Edwin Abbot. The year is 2089 in Tierra Plana, a new nation of squares, walls, and all sorts of boxes; a place where individual categories are pre-determined. Four friends: Fig, Noir, Isa, and Hex, are preparing for the day they receive their identity bracelets. Nervous about not fitting in, they escape to the desert and discover the mystery of the past hidden in boxes from the U.S. Census Bureau. Bi– will break open the boxes of selective classification and raise the question: What is your bi-dentity?

The actors play a variety of roles and movement/dance is a large part of that expression, which is very well choreographed by Portuguez.  Escobar has chosen a very eclectic and talented cast to mold her vision around.   – Dennis Sparks

Charles gives a breakout performance as the sassy and subversive Noir and Tripathi does a fine job as the anxious Fig. The strength of the show is its sincerity. In a time of walls going up in our country, it asks us look past them and see the beauty of in-between. – Oregon Arts Watch

“This piece uses mathematical and geometrical metaphor as well as inspiration from interviews from people in the community to tug at the heartstring that often makes us feel a little too much like ‘the other.’ Bi– is simply about expansive thinking and it will challenge its audience to join a ride that could feel strange and foreign, but then again, isn’t that what all people who claim a dual identity (bi-nationals, bilinguals, bi-cultural) have to navigate in dealing with a homogenous society?” — Georgina Escobar, playwright

Bi– is paired with Teatro Milagro’s UNIDAD curriculum in which students take theatrical workshops that address bullying, harassment, and student isolation by focusing on themes of identity, inclusion, and community support.

Gabriela Portuguez was born and raised in East Los Angeles, California. Her artistic education developed as a trained dancer/performer in Los Angeles in commercials, live performances and a teacher in professional studios such as Millennium Dance Complex and The Edge. In Portland, her artistic training evolved from working with the WNBA and AFL Dance Industry to choreographer, outreach educator, and business administrator for non-profit performing arts organizations such as White Bird, Milagro, and Profile Theatre. She began her own performing arts production company called Latin Groove PDX Productions that incorporates writing, creating, producing, and promoting cultural performing arts. Her motivation in the arts is driven by her personal connection to the community as a bilingual, bicultural female.

Dañel Malán co-founded Milagro with her husband, Jose Eduardo Gonzalez, and in 1989 she created the bilingual educational program, Teatro Milagro, which tours regionally and nationally. She researches script ideas, works with playwrights, directors, composers and choreographers and also designs and implements curriculum for K-12 schools, colleges, and community groups.

Malán holds a BA in Theatre Arts from UC, San Diego and an MS in Curriculum Instruction from Portland State University. Her graduate work focused on a case study of quantitatively documenting improved learning with bilingual arts integration in 8th grade classrooms. 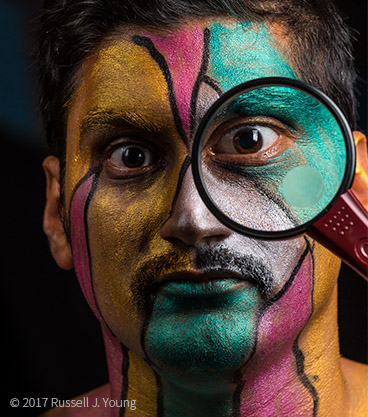 The 2018 National Tour of Bi– is made possible in part with the support of: