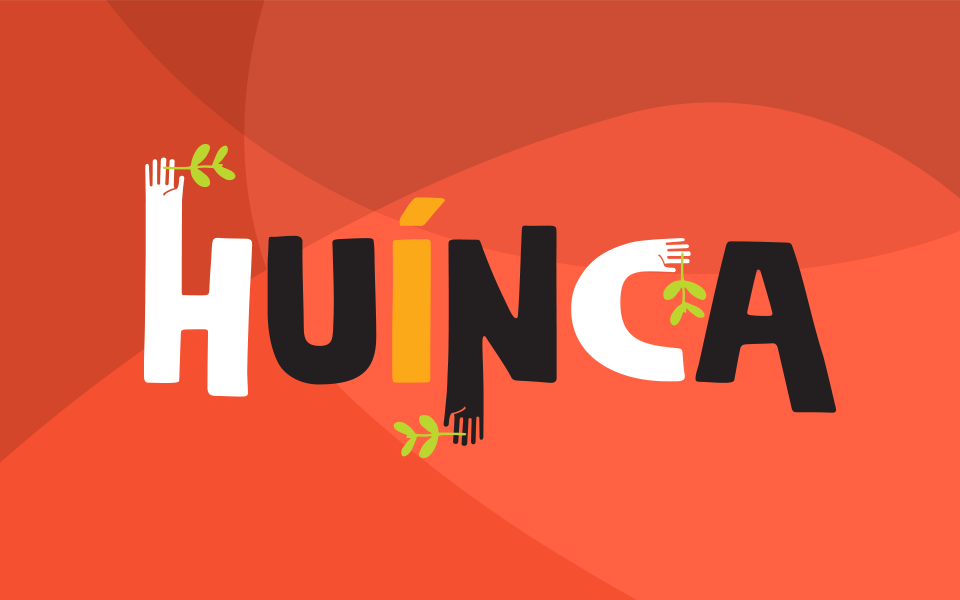 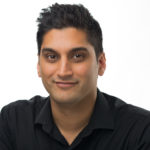 Ajai received his BA in Theatre Arts from Oregon State University.This is his tenth season with Teatro Milagro where he has performed in Duende de Lorca, B’aktun 13, Frida: un retablo, Cuéntame Coyote, Searching for Aztlán, Broken Promises, El Payaso, Bi-, and Judge Torres. He has also appeared in Tenali the Royal Trickster at Northwest Children’s Theatre, Troilus and Cressida for Salt and Sage Productions, and complex at Theatre Vertigo. He has written three plays for young audiences: Sueños de Fútbol; Mijita Fridita; and ¡Corre! ¡Corre! and is currently developing Osho Returns, a one-person show performing this February. 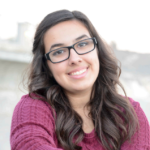 Emily is a recent graduate of the University of Portland undergraduate theater program, where she studied acting and dramaturgy. She is from Lompoc, CA. You may have seen her recently on the Milagro stage in A Xmas Cuento Remix or at Shaking the Tree in Made to Dance in Burning Buildings. Emily is a current Teatro Milagro Teaching Artist. 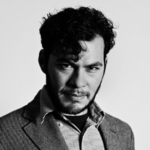 Nick is an award-winning actor, writer, and educator from the SF Bay Area. A former artistic company member of Berkeley’s Shotgun Players, Nick starred in their marathon twelve-hour production of The Coast of Utopia as well as Hamlet Roulette where he played all characters in a random rotation. A core collaborator with We Players, Nick has written several Shakespearean adaptations for the site-specific company, including Caesar Maximus and Undiscovered Country. He currently performs with his improv duo Double Creature and is one of California’s preeminent Benefit Auctioneers. 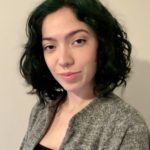 This is Cati’s first production with Milagro and also their first production in the Portland area. Cati is a recent graduate from Western Oregon University’s BFA Acting program and a new Portland transplant. They are Irish, Mexican and a descendant from the Purépecha people of Michoacán, México.

MARILO NUÑEZ (Playwright)
Marilo is a Canadian-Chilean playwright. She was Artistic Director of Alameda Theatre Company, a Toronto company dedicated to new work by Latinx Canadian playwrights. She won the 2018 Hamilton Arts Award, Established Artist in Theatre, and has been shortlisted for the KM Hunter Artist Award in Theatre twice, nominated for the Most Influential Hispanics in Canada, and the Hispanic Chamber of Commerce Spirit Awards. Marilo traveled to Chile in June 2019 and met with Mapuche leaders and families who welcomed her into their homes as they taught and exposed her to their culture and land. She wrote this play for them, to tell their stories and spread word of their struggle to preserve their land and autonomy.

REINA SOLUNAYA (Director)
Reina is a director, editor, photographer, and has recently worked as an assistant director in local productions of Mala at CoHo Productions, and Crowns, No Candy, and A Christmas Carol at Portland Playhouse. She received her MFA in Film Directing from UCLA’s School of Theater, Film and Television. She has worked in the film industry in a variety of positions, as a freelance filmmaker, and as a media arts educator. Her films have screened at festivals such as the New York International Latino Film Festival and San Diego Latino Film Festival. She is grateful for the opportunity to work with Milagro and with the many talented artists contributing to this bilingual touring world premiere production.

GABRIELA PORTUGUEZ (Choreographer)
Gabirela was born in East Los Ángeles, and is a Latina artist trained in commercial and performing arts, leading her through numerous projects as a director, choreographer, arts educator, actress, and dancer. Her passion for choreography advanced after working with performing arts professionals and by taking the stage in universities, television, and live performances. Working on the West Coast from Vancouver, BC to Los Ángeles, her creative roles continued to evolve in an artistic multidisciplinary approach to entrepreneurship, education, artistry, and arts advocate/critic. She continues to be proactive in her community as a board member to non-profits, raising money and awareness to benefit schools and higher learning, and engages in teaching fitness classes at her local community center in Portland.

JON FARLEY (Lighting Designer)
Jon is a technical designer, software engineer, actor, and clown. Recent designs have included Universo for Hand 2 Mouth, Pebble, Leonard Cohen is Dead, Human Noise, The Reunion, Medea, and Savage/Love, all for Imago Theatre, Kristin Olson’s Going On, and Thara Memory’s Sherman: A Jazz Opera. He holds an MFA in Technical Design and Production from Yale School of Drama.

LAWRENCE SIULAGI (Sound Designer)
Lawrence is in his fifth season with Milagro Theatre as a sound designer. Notable shows include Wolf At The Door, Judge Torres, Astucias por Heredar Un Sobrino a Un Tio, Bi–, El Payaso, Mijita Fridita, and El Muerto Vagabundo as well as composing original music for ¡Corre! ¡Corre!, Super Ana! and El Tesoro. He is also a performer, director,
playwright, and projection designer originally from San Diego where he pursued a Bachelors degree in the Dramatic Arts (directing emphasis) at San Diego State University; and film editing and marketing at the University of Southern California. When he’s not performing or designing he works as a web developer at Lewis & Clark College.

SARAH ANDREWS (Props Designer)
holds a BFA in Acting from Central Washington University. Directing credits include Heart Play (Beady Little Eyes), Crossing, Thom Pain (based on nothing) (Crave Theatre), ¡Corre! ¡Corre! (Teatro Milagro), and the world premiere of From the Ruby Lounge (Steep and Thorny Way to Heaven). She wrote, produced, and directed two puppetry productions: an original adaptation of Life is a Dream, and Pearl and the Five-Headed Dragon. Sarah is a theatre artist who puts her soul into her work and looks forward to exploring the creative possibilities the future has in store.

ERIN MACGILLIVRAY (Stage Manager)
Erin is a graduate from Whitman College with a B.A. in Theatre and Classical Studies. Erin is a recent Third Rail Repertory mentorship program alum, and stage manages at Milagro (Judge Torres, La Segua, Jump) and Original Practice Shakespeare Festival. She is also a co-founder and stage manager at Red Balloon Theatre Collective. Her credits outside of stage management include assistant director on Revolt. She Said. Revolt Again. (Third Rail Repertory) and costume designer on Care of Trees (Enso Theatre Ensemble).