A showcase of films by the Undocumented Community

Space is limited. Registration is free, but donations are greatly appreciated.

Join us for an evening of stories about the Undocumented experience in the U.S. in this series of short films made by members of the Undocumented Filmmakers Collective, a group of undocumented filmmakers working in communities across the country. The screening includes exclusive virtual introductions to the films by the filmmakers themselves.

Written and Directed by Lidieth Arevalo 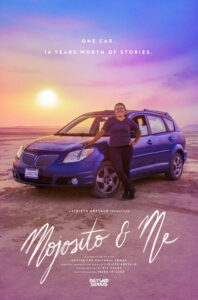 An uplifting story of a DACA-mented immigrant and her sixteen-year-old American car, and the experiences they share. A story of perseverance, loyalty and the changes in life. On the surface level, the film invites the viewer to meditate on the stories that our cars would tell if they could speak; stories that range from miles to smiles to trials and tribulations, but on a deeper level, the film tackles universal themes of perseverance, loyalty and the inevitable changes in life told from an immigrant’s perspective. 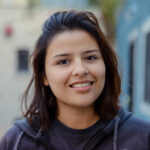 Lidieth Arevalo is a Salvadorean multimedia producer with a commitment to impact the world and use audiovisual media to evoke change, and promote diversity, inclusion, equity and justice for all. She specializes in non-fiction storytelling, digital media and documentary filmmaking. Some of her most recent films include “Mojosito and Me” (2021), “Growing in the Shadow”s (2020) for PBS and the Latino Public Broadcasting’s Latinos Are Essential campaign series, “Alpharaoh” (2019), and “Sin Raiz” (2015).

A DACA recipient herself, she is an active leader of the Undocumented Filmmakers Collective (UFC), which aims to assert the talent and expertise of undocumented filmmakers in the artistic landscape. Lidieth holds a MFA in Documentary Filmmaking from Chapman University’s Dodge College, and a B.A. in Film and Electronic Media Arts from CSU Long Beach. 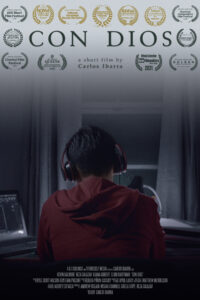 Seventeen-year-old Pablo Sanchez is an aspiring architect longing to go to college. With acceptance letters coming in but no clear path to citizenship, Pablo’s growing anxiety causes him to take matters into his own hands. The film takes place in a time before DACA and shows the anxieties young people faced during this time. Based on the true story of Joaquin Luna Jr. 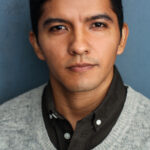 Carlos Ibarra is an award winning creative producer, actor, director, and writer. As an actor, he has appeared in feature films, commercials, short films, regional and off broadway productions including Netflix’s “The Good Cop,” Sony’s “Rough Night,” and TBS’s “Adam Ruins Everything.”

Carlos produced the award winning short “Botes al Amanecer.” His feature script “Last Day” was a 2nd Round Qualifier at 2014’s Sundance Institute Writer’s Lab and a NALIP Media Market Finalist. In 2016, the script was nominated for a Best Script and Best Original Idea award at the Oaxaca Film Festival.

In 2015, Carlos became the 1st Latino to physically run across America in 72 days. His journey can be seen in the docu-series “Run Carlos Run.”

Written and Directed by Edgar A. Huerta 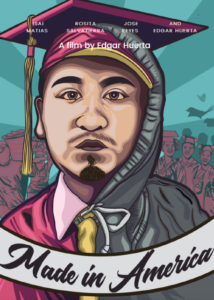 Two rival migrant workers must help each other escape an ICE raid occurring at their workplace. The film explores the dynamics between immigrants with different statuses. 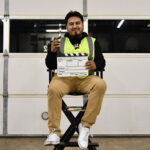 Edgar Aquino Huerta was born in Puebla, Mexico in a small town called San Nicolas Tolentino. A small town where its residents make a living off harvesting sugar through their sugarcane plots. At the age of two, his mother carried him over the border in search of better opportunities. He is the son of immigrant farm workers and he always knew he wanted to create change when he grew up because of the corruption, mistreatment, and humiliation his mother went through as an undocumented worker. At the age of 13 his mother got very ill and had to return to Mexico for treatment because she could not afford being treated in America. Ever since then Edgar began working in the fields and packing houses over his summers in order to send money to his mother and for himself to survive as well. He became a farm worker and understood the poor conditions his mother faced. He always carried a journal where he would write stories, characters, and poems based on the people he would work with.

Luckily in 2012 he was introduced to DACA and had the choice of working in a “normal” job during the summers or staying in the fields/packing houses. He chose the fields/packing houses because he saw the beauty in it and started a family with the people who raised him while his mother was away. After High School he attended community college and Rowan University to pursue a degree in film. He’s become one of the many voices for his community through his story and being an organizer there has given his artwork more meaning. One of his biggest projects is producing his first indie feature film centered around a DACA recipient and farm workers, it’s a love letter to his community and the people that raised him.

Written and Directed by Dario Guerrero and Alex Boota 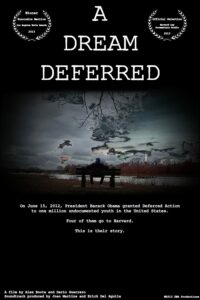 Dario, Gary, Enrique, and Leslie are Harvard students, yet they have a burden that no other Harvard student must deal with: they are undocumented. A Dream Deferred shows the journey these students have gone through, from growing up in their hometowns to getting to Harvard. Above all, the film shows their current journey as their future, dreams, and fate are left in the hands of a government attempting to grapple with the complexities of a broken immigration system. This film was a regional finalist for the Student Academy Awards. 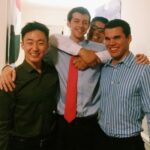 Dario Guerrero was born in 1993 and grew up undocumented in the United States. His father works construction and his mother helped prepare him academically, culminating in an acceptance to Harvard College in 2011. The following year he produced A Dream Deferred with college roommate Alex Boota. In 2014 Dario’s mother died of cancer, which led him to work on a film about his mother’s life. The film Rocío received a warm reception through a grass-roots screening campaign and is now being distributed by Icarus Films.

Today Dario is a professional boxer fighting out of the Rock Boxing Gym in Carson, California. You can follow his journey on TikTok or Instagram @sooperdario
Lidieth Arevalo
+ Google Calendar+ Add to iCalendar