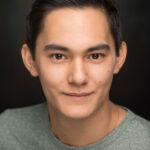 Ken is a Portland-based actor, poet, and playwright. Like you, perhaps, he puzzles on the nature of the Self and mortality in a time of moral and environmental crisis. He is grateful for his friends and family for their love. He is grateful to Milagro and this cast for an opportunity to create together. Previous credits include 1984 (Artists Rep),  Renaissance:Technically (Portland Center Stage),The Journal of Ben Uchida (Oregon Children’s Theatre), and Chitra, the Girl Prince (NW Children’s Theatre). Last year he performed his solo show, The Art Of Flyswatting, at the Pan Asian Repertory Theatre’s NuWorks 2019 in New York City. He also published his first book of poetry Monster Colored Glasses with Lightship Press, available for purchase at yoshikawaken.com (all proceeds go to mutual aid efforts in Portland). 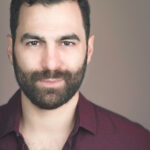 Phillip Ray Guevara (Lucas) is a recent graduate from the M.F.A. Acting program at the University of Washington and has previously received a B.F.A. in Acting from Texas State University. Phillip is S.A.F.D. certified in Stage Combat and even went to Stunt School! Since leaving his hometown of San Antonio, Texas, Phillip has had the privilege to work with theatre companies across the country, including: Tony-Award winning Cincinnati Playhouse in the Park, Illinois Shakespeare Festival, Titan Theatre Company (NYC), and Intiman Theatre (Seattle).  Phillip is grateful to make his Portland theatre debut with Milagro Theatre. To date, his greatest accomplishments are marrying Tricia and fathering their daughter, Isadora. 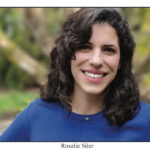 Rosalie Siler (Vera) grew up performing at Milagro, most notably as “Cerezita” in Heroes & Saints (1994) and “Lupe” in Shadow of a Man (1993), and most recently as “Susana” in her third Cherrie Moraga play, Watsonville: Some Place Not Here (2018).  Rosalie studied theatre at the University of Southern California in Los Angeles before moving to New York City.  She is thrilled to have returned home to Portland and her Milagro family. 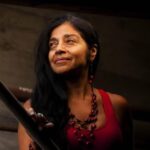 A graduate of Cornish College, Rose is a founder of eSe Teatro: Seattle Latinos Take Stage since 2010, serving as artistic director from 2012 – 2019.  She is a bilingual actor, playwright, director and lyricist.  Her plays Don Quixote & Sancho Panza, Homeless in Seattle and Bernie’s Apt. were produced in partnership with ACT Theatre in Seattle. She directed her translation of The Journey of the Saint by Cesar de Maria, at ACT Theatre .  Rose directed her translation of MUD (BARRO) by María Irene Fornés in 1989 and 2017 .

Founder of The AFrican ConeXion Project, she wrote the book/lyricsr Mabaire! Don’t Forget! Me and Callejón, bilingual musicals based on Afro-Latino cultures.  She is the playwright/lyricist for ROVID productions with composer David Nyberg.  Their first musical Imaginary Opus: A Sensory Experience in Two Acts, was produced with Sound Theatre of Seattle. Their second musical, People in the Square will be produced by Trial and Error Productions in 2021, in Pioneer Square, Seattle.

Her one-woman shows Self Portrait and Tierra Sin Mal (Land Without Malice) have been presented in Seattle , New York, Peru, Colombia, Venezuela, Cuba, Mexico and Spain.

Rose is on the steering committee for Latinx Theatre Commons, a national movement. 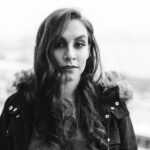 Tricia Castañeda-Guevara is a recent graduate from the M.F.A. Acting program at the University of Washington, where she quickly developed a passion for the Alexander Technique, training rigorously in Suzuki and “hu-humming” through the Linklator progression. She is excited to be back in Portland and pleased to return to the Milagro Stage after recently appearing in X-Mas Cuento Remix. Other PNW credits include work with OCT, Willamette Shakespeare Company, CoHo and more. She’s happy to be joining her husband Phillip for this reading and is eager to welcome her newborn baby girl, Isadora, into the Milagro family. 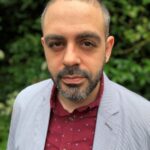 Ricardo Vázquez is an actor and improviser from Portland, Oregon with a B.S. in Theatre Arts from Portland State University.  This will be his third time being a part of the Ingenio Series at Milagro.  Some of his more recent roles include: Brendan from “The Corrido of the San Patricios” by Beto O’Byrne,  Hector from “Amor Añejo”, and Polisteno from “La Isla En Invierno” or “The Island in Winter” by Carlos Zenen-Trujillo.  He is also a former member of the Original Practice Shakespeare Festival. 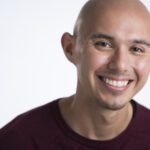 Jonathan Hernandez has been telling stories since 2005. While pursuing his education at Arizona State University he trained with Firebirds; a performance group specializing in myth and rituals of the medieval religious stage through the scope of Native American performance practices. Since 2013, Jonathan moved to Portland, Oregon to pursue mastery in Theater Arts and worked as an actor with local theaters such as Milagro Theater, Oregon Children’s Theater, Profile Theater, and Shaking the Tree. His last performance with Milagro was The Corrido of the San Patricios, as well as his participation in the Nueva Frontera online exhibit. He now spends his time writing comedy, refining his storytelling skills, and being a leader in his arts community. Check out his new podcast Kaleidoscope Radio where he talks about storytelling and the craft of creating meaning. “A big thank you goes to Milagro for taking the patience in working with me and giving me a theater in Portland where I feel free to create and grow as an artist.” 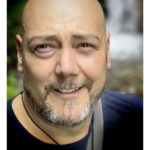 Andrés is thrilled to be returning as a performer on Milagro’s virtual stage where over the last 20 years he performed in multiple shows as well as serving as a projection artist. At Artist Rep he performed in Love! Valour! Compassion!, A Question of Mercy, The Laramie Project, Appalachian Ebeneezer, Metamorphoses, Touch, Exiles. At the Northwest Children’s Theatre he performed in Mary Poppins, Shrek the Musical, The Wizard of Oz, OThe Tale of Sleeping Beauty, Peter Pan,  and Projection design for multiple projects including  How I Became a Pirate which he also directed. He is also the co-director of the Interns NW Program at the children’s theatre. He directed the National touring shows of Ferdinand the Bull and Go Dog Go! He spent two years as an actor at the Oregon Shakespeare Festival and was also a teaching artist for OSF’s education outreach program for five years. He has a BFA from Southern Oregon University. He has received several awards for acting, directing, and his projection design work in Portland, Phoenix, Tucson, and Chicago 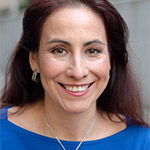 Olga Sanchez Saltveit (Director), PhD, Assistant Professor of Theatre at Middlebury College, is Artistic Director Emerita of Milagro, where she served as Artistic Director from 2003-2015. She has directed over 25 works for Milagro including: El Quijote by Santiago García; García Lorca’s Bodas De Sangre; and Nilo Cruz’s Lorca In A Green Dress (Drammy Award, Excellence in Direction). Her devised work includes five Día de muertos shows, including ¡O Romeo! (Drammy Award, Outstanding Achievement in Devised Work). Internationally, her directorial work has been seen in Honduras, Peru, Venezuela, and Cuba. She is a founding member of Los Porteños writers’ group; and edited the book, Teatro de los Muertos, a collection of photographs by Russell J. Young. In 2018 she directed the US premier of Como Agua Para Chocolate (Like Water for Chocolate) at Gala Hispanic Theatre (D.C.), and Tricks to Inherit, her translation/adaptation of Astucias por Heredar un Sobrino a un Tío by Fermín de Reygadas (1789) at University of Oregon. She currently serves on the Advisory Committee for the Latinx Theatre Commons, a collaborative initiative with HowlRound Theatre Commons, Emerson College. She holds a B.A. in Theatre from Hunter College, C.U.N.Y., and M.A. in Human Development, specialization in Bicultural Development, from Pacific Oaks College Northwest. She is a contributing scholar to the anthology of Latinx plays, Encuentro, published by Northwestern University Press 2019, and her article “(Afro)Latinx Theatre: Embodiment and Articulation” is published in Label Me Latina/o. 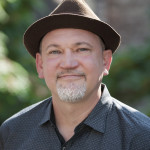 Daniel Jáquez (Dramaturg) Director, Theater-Maker and Translator of plays. He is co-founder of TuYo Theatre: a new company in San Diego that creates and produces theater that tells stories from a diverse Latinx perspective. Jáquez is one the inaugural Classical Directing Fellows at The Old Globe Theatre. He serves on the Latinx Theatre Commons Advisory Committee, is a member of the Stage Directors and Choreographers Society, and he is an adviser, a translator, and director for the Lark’s U.S./México Playwright Exchange.

Jáquez earned an M.F.A. in Directing from Institute for Advanced Theater Training at Harvard/Moscow Art Theatre, and a B.S. in Mathematics from the University of Texas.