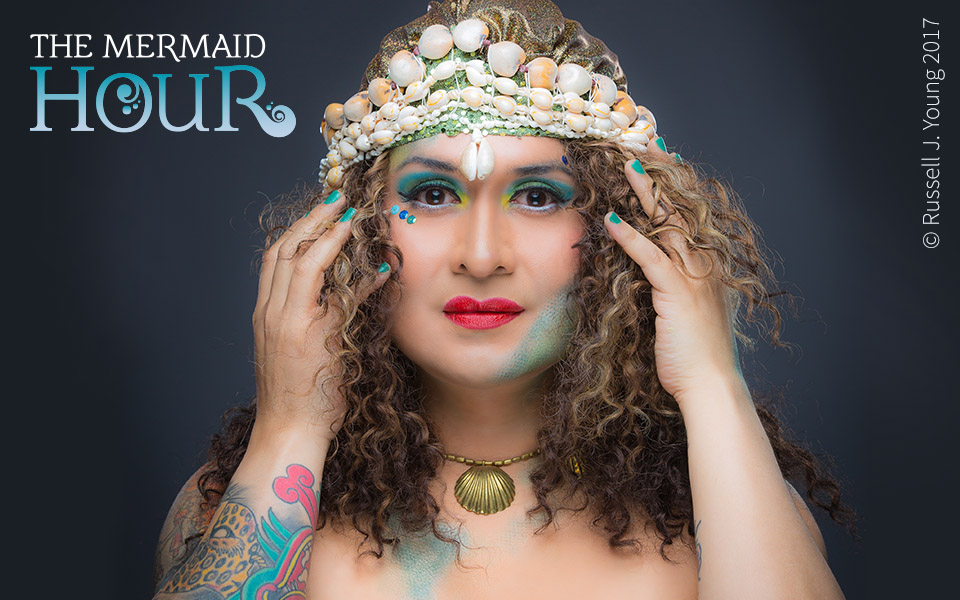 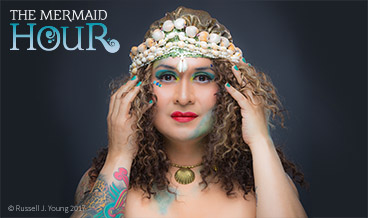 What do you do when you encounter a challenge that you have no experience dealing with? What do you do when that challenge involves someone you love? How as a parent do you rise up and support them? David Valdes Greenwood’s play The Mermaid Hour reimagines these timeless issues through the story of Violet, an impulsive, radiant, and redemptive 12-year-old transgender girl whose search for acceptance will take her parent’s love, commitment, and resources to the limit.

The Mermaid Hour is a fast-paced, down-to-earth comedy that tackles real-world challenges through the lens of the modern all-American family. The play approaches sensitive subjects with great humor and compassion, reminding us all of our flawed, but genuine, attempts at love.

Milagro is one of four theatres producing The Mermaid Hour as part of the National New Play Network Rolling World Premiere. The other participating theatres are Borderlands Theatre in Tucson, AZ and The Actor's Theatre of Charlotte; and the musical adaptation Mermaid Hour: ReMixed premiering at Mixed Blood Theatre in Minneapolis, MN.

Join us on Thursday evenings as we welcome various LGBTQ+ service organizations in the Portland area. Visit them in the lobby before the show, starting at 6:30 PM.

‘The Mermaid Hour’ rolls around, by TJ Acena, Oregon ArtsWatch

How 4 Gender Nonconforming Youth Made Their Stage Debut, American Theatre

Reviews
'The Mermaid Hour' explores ups and downs of parenting a transgender child by Ben Waterhouse, The Oregonian/OregonLive

New Play “The Mermaid Hour” Is Less About its Transgender Protagonist Than Her Parents by Shannon Gormley, Willamette Week

The Gender Issue by Dennis Sparks

THE MERMAID HOUR Explores the Complexities of Parenting a Transgender Child by Krista Garver, BroadwayWorld

TransActive Gender Center provides a holistic range of services and expertise to empower transgender and gender diverse children, youth and their families in living healthy lives, free of discrimination.

David Valdes Greenwood is the author of plays which have been staged across the US and abroad. His work has been seen with the Huntington Theatre Company, Ensemble Studio Theatre, Portland Stage, New York Theatre Workshop, Actors Theatre of Charlotte, the Humana Festival, and others. Recent productions include Full Code (Boulder Ensemble Theatre Company) and Raggedy And (Pride Films & Plays). Other recent work includes Vow Keepers, workshopped with Fresh Ink and Teatro IATI. The Mermaid Hour was included in the National Showcase of New Plays and developed by the Actor’s Theatre of Charlotte and Ensemble Studio Theatre. His latest play, The Last Catastrophist, was developed by Company One and The Huntington Theatre Company. His play, Brave Navigator, is published by Samuel French, and he is the author of four books, including Homo Domesticus: Notes from a Same-Sex Marriage.

Sacha Reich conceived, adapted and directed original programming for her company, Jewish Theatre Collaborative (JTC), including Charlotte Salomon: Life? Or Theatre? A Play with Songs, A Pigeon and a Boy, The Ministry of Special Cases and Davita’s Harp. Before JTC, she was the Co-founder and Artistic Director of Women in Time, a Bay Area theatre company creating critically acclaimed, innovative ensemble productions of classical theatre, such as The Misanthrope and Winter’s Tale. Reich also served as an Artistic Associate with Milagro Theatre, participating in company visioning, play selection and directing main stage productions; among them, Yemaya’s Belly.  She is thrilled for the invitation to rise up with Milagro and this play.

The National New Play Network’s flagship initiative, the Rolling World Premiere (RWP) program, is shifting the new play paradigm of the one-and-one premiere to a diversified, traveling, multi-production premiere. The RWP program models a process for developing and producing new plays — one that results in stronger work overall and the momentum needed for a play to join the repertoire of frequently produced New American Works.

Each RWP supports three or more theaters that choose to mount the same new play within a 12-month period, allowing the playwright to develop a new work with multiple creative teams in multiple communities. The playwright is part of the process, working on the script and making adjustments based on what is learned from each production.

NNPN has contracted 80 RWPs in its 20 year history, with Milagro’s participation in three: Guapa by Caridad Svich, Into the Beautiful North by Karen Zacarias, and now The Mermaid Hour by David Valdes Greenwood. 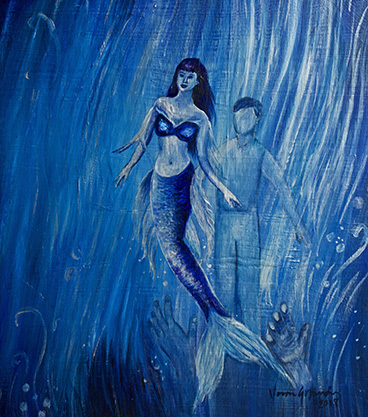 The Mermaid Hour is supported in part by: