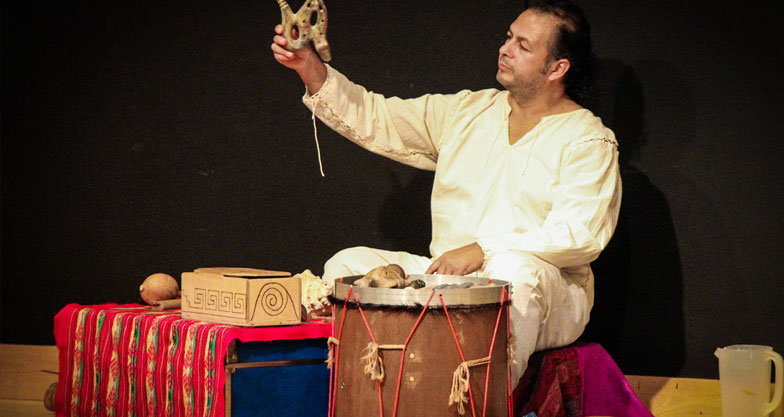 "Legends of Mexico-Leyendas de México Mexico is very well known for its legends, myths and tales. We have legends since the time of the Aztecs, Mayans, Toltecs, Huicholes, as well as legends after the arrival of the Europeans to the American Continent. We have legends that talk about love, nature and everyday life. Nuestro Canto has gathered legends from all over Mexico and has composed music especially for the legends we narrate during our performances.

"Leyendas de México- Legends of Mexico" is an original Bilingual performance with Masks, Movement and Dance, Songs and Music. During the program, participants will learn about Geography, History,
Traditional ancestral music and the different languages still spoken in Mexico.

Nelda Reyes, from Mexico, is co-founder of Nuestro Canto, She has been a professional actress and educator from the last ten years and has specialized in physical theatre and in Latin American and Mexican cultural expressions. She holds a MA degree in Theatre Arts from Portland State University and also has studied in the Moscow Art Theatre School at Harvard University, with Luis de Tavira, and with Teatro Línea de Sombra in Mexico City. In addition to from her acting experience and education, she has studied language, literature, and classical and folk dance from different cultures, specifically those of Spain and the Caribbean. She has been a performer in ongoing projects at the Company of Theatre of the University of Guadalajara, assisted in the direction of diverse theatrical and opera productions in Mexico, and while in Portland, she has participated in several productions at PSU, Theatre! Theater! ,
Profile Theatre and Miracle Theatre Group, both as a performer, singer and educator.

Gerardo Calderon, from Mexico, is Musical Director of Grupo Condor and Nuestro Canto, studied classical guitar at the Escuela Superior de Musica in Mexico City, Theory and Composition at the Portland Community College and is currently persuing a degree in Music Theraphy at the prestigious Marylhurst University in Oregon. As a professional musician, Gerardo has pursued his interest in traditional Mexican music, Latin American folk music and Pre-Colombian music by performing with folk ensembles in Mexico, Canada, New England, and the Pacific Northwest. He has also toured with choir and world music ensembles, and composed music and design sound for dance, theater and most recently film. Gerardo is on the “Young Audiences of Oregon and SW Washington” roster guide since 1993, “Oregon Historical Society” since 2001, Oregon “Multnomah County Library System” since 2001. 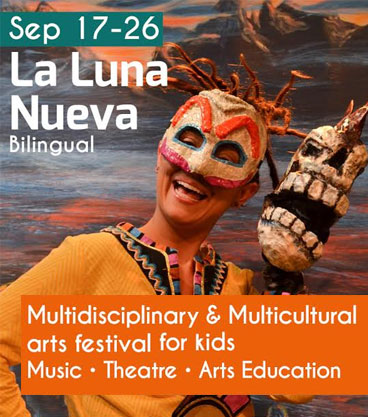