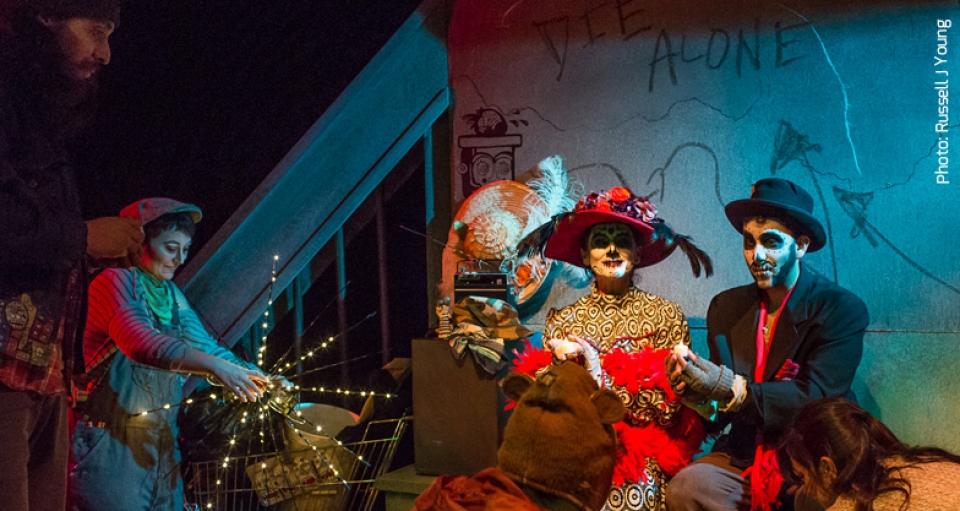 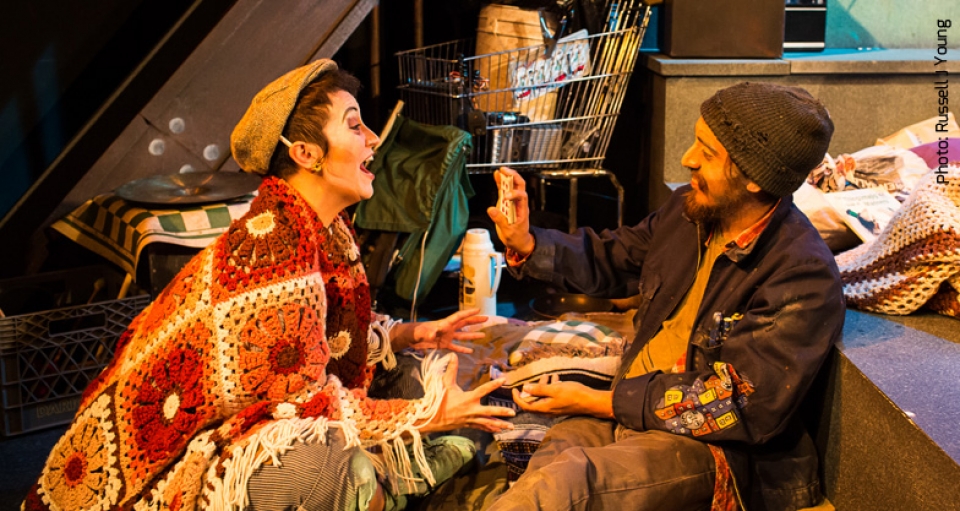 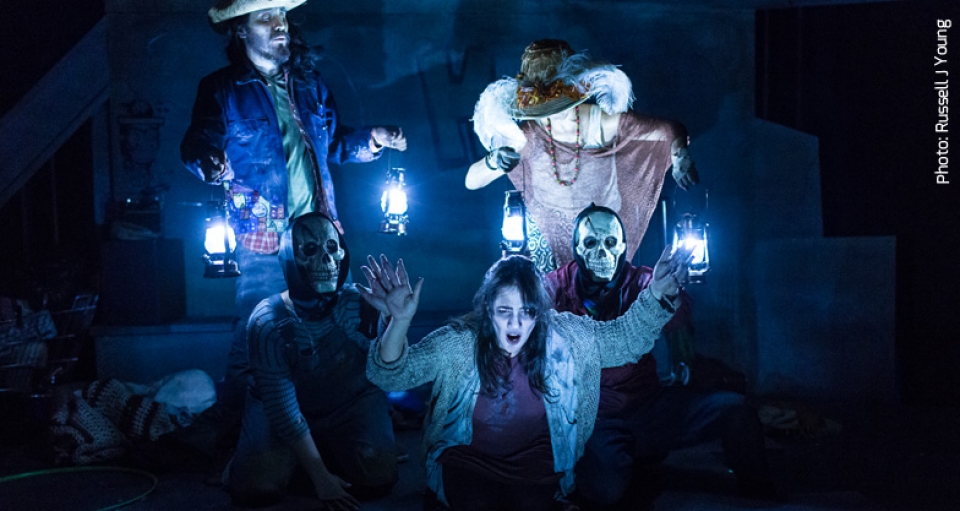 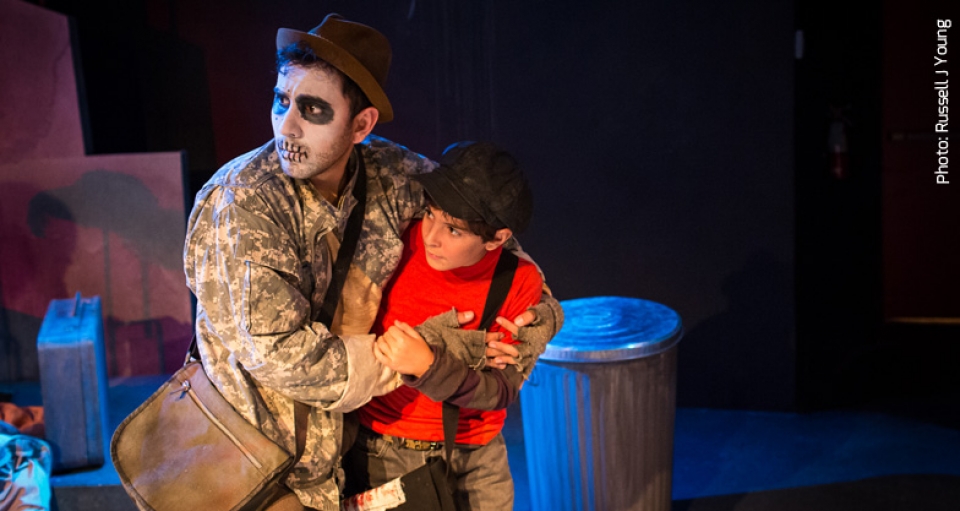 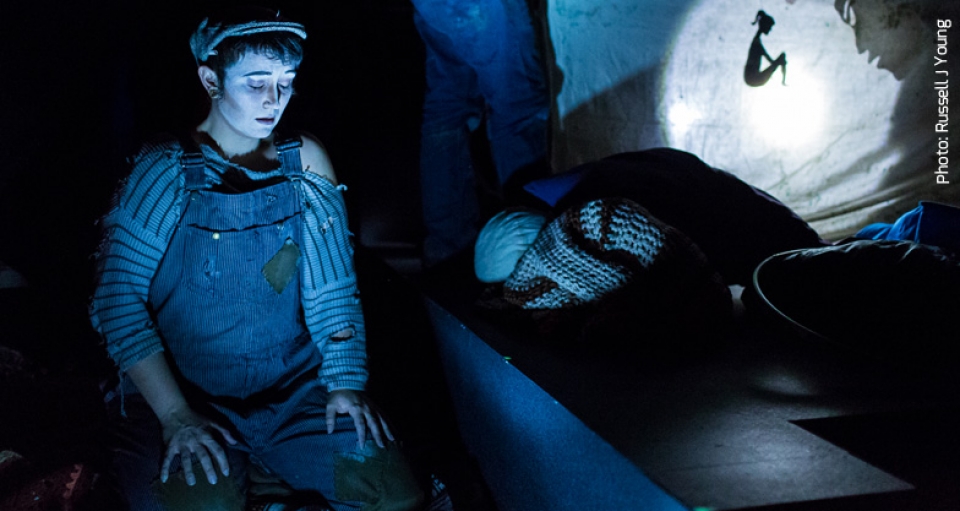 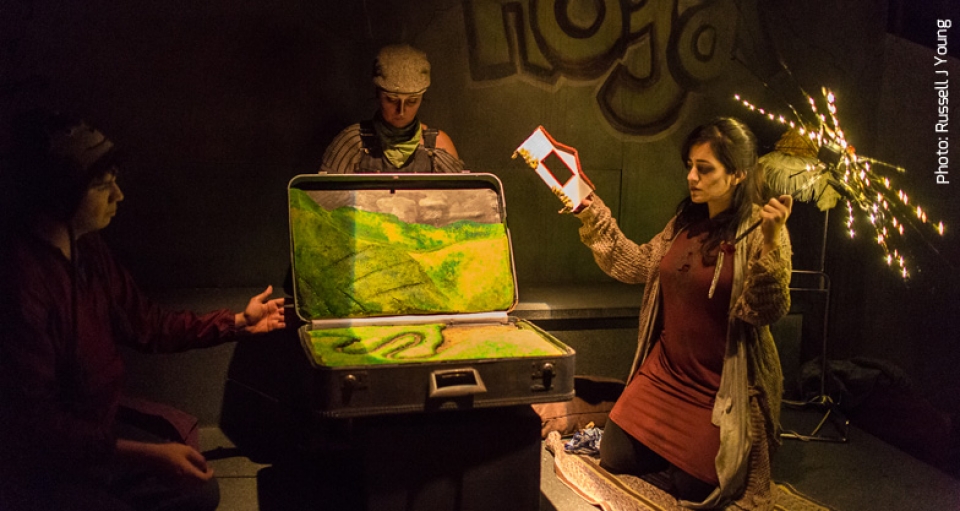 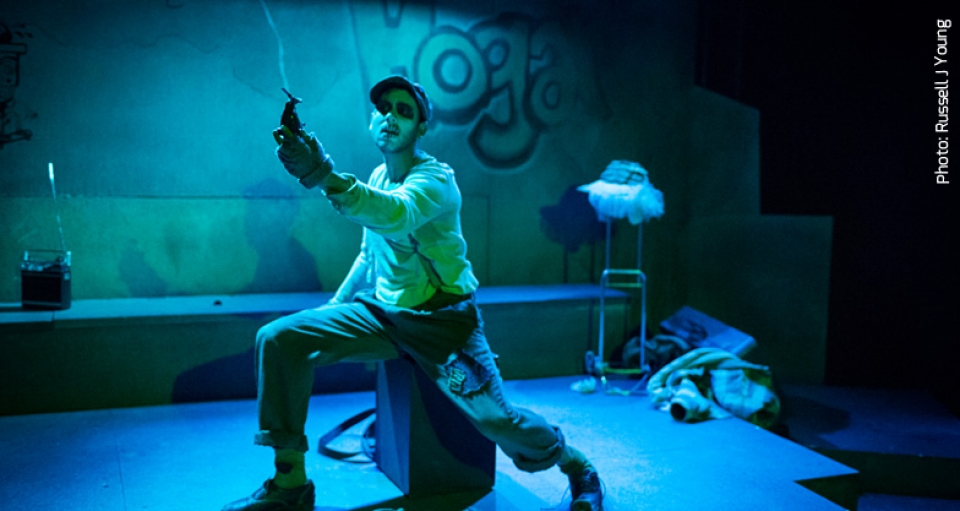 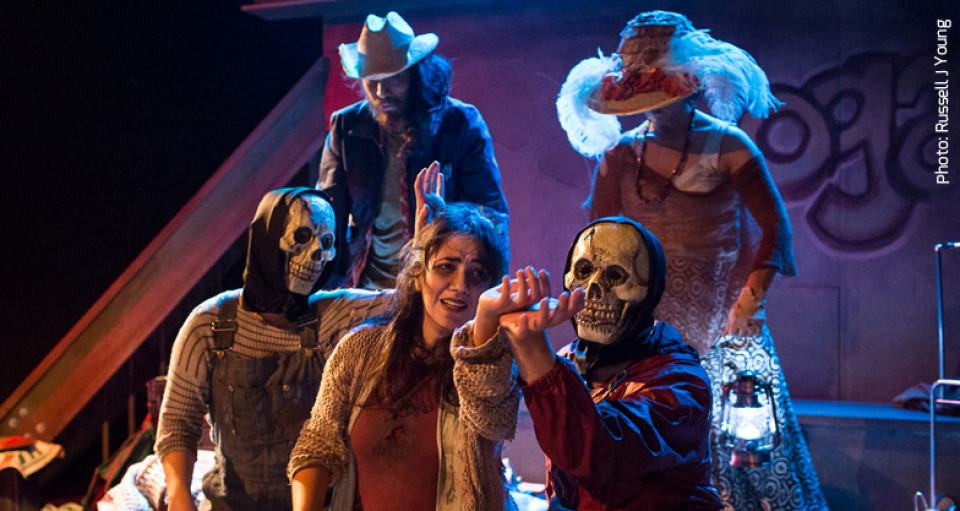 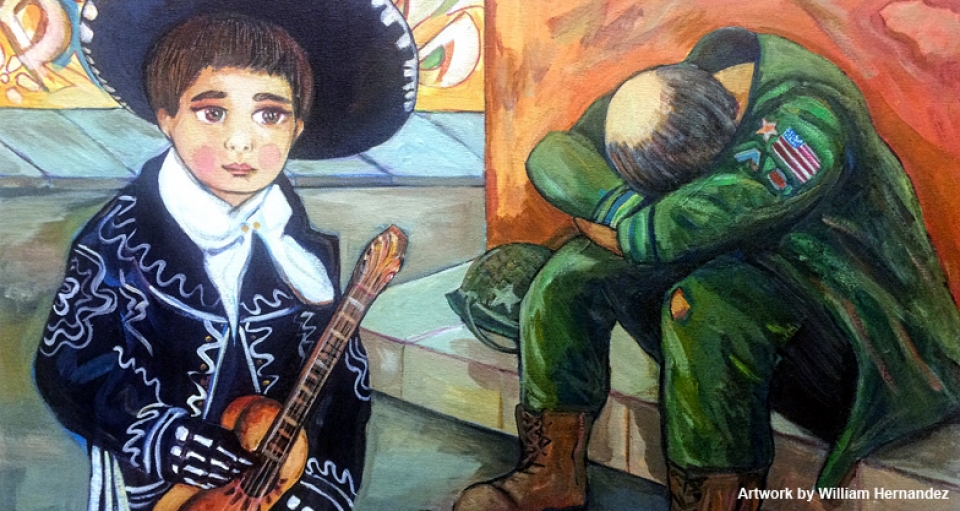 What is remembered never dies.
Conceived & Directed by
Georgina Escobar
A Day of the Dead Celebration - World Premiere - Bilingual 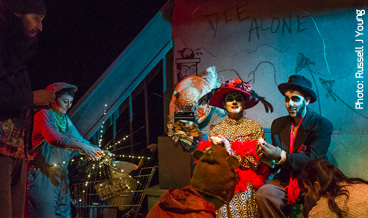 The running time of this production is approximately 2 hours, with one intermission.

“An Unattended Kid Follows A Dead Guy To A Homeless Camp Under A Bridge in Milagro Theater’s Day of the Day-Themed Show”
– Shannon Gormley, Willamette Week, October 19, 2016

“This is a production that has everything that encompasses the Arts and certainly is a compliment to the artist, Escobar, that created it but also to the multi-talented cast that performed it. “
– Dennis sparks, All Things Performing Arts, October 24, 2016

Milagro presents the World Premiere of El Muerto Vagabundo in its 21st Annual Day of the Dead celebration. This devised production explores the concept of “homeless” muertos and was inspired by an obituary of a homeless veteran without friends and family.

It is Day of the Dead in The City of Bridges when The Kid, a near homeless orphan looked after by his older sister, makes an ofrenda to summon his parents. What he encounters instead is a vagabundo; a tramp who mistakenly takes the offering for himself. As the kid chases after him, he ends up under a bridge, in a place called The Underworld where the forgotten, the lost and the dispossessed (Los Olvidados) lay down for a night’s rest. Offering his innocent insight to each of his new, lonely friends, The Kid insists on building an altar and lighting a candle to honor their dead. The Kid learns the stories of those people who live or hide under bridges—real or fictitious. In this darkly-whimsical play, we encounter traditions through ritual, song, and good old-fashioned story-telling in a highly theatrical and metaphorical way. 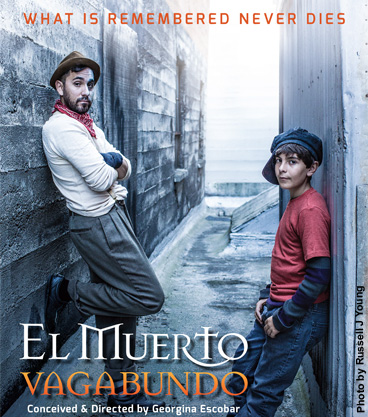