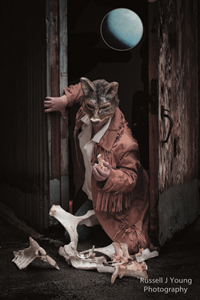 Journey through cold and dark desert nights with two cousins desperately dreaming of a better future beyond the iron fence that marks la frontera. Fleeing sorrow and hopelessness, they follow coyotes of two legs and four, stepping over dried bones scorched by the sun, chased by a wind that murmurs tales of Santa Muerte. Amid the dangers that lurk, ready to pounce, in that arid expanse they risk their lives with no one to trust but each other. Will their steps lead to the dreams they seek or vanish in the desert sands like so many before? Join us for this touching story of courage and perseverance, based on true border crossing stories. 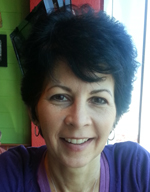 Dañel Malán, Playwright & Founding Director, co-founded the Miracle Theatre Group in 1985 with her husband, Jose Eduardo Gonzalez and in 1989 created the bilingualm national touring program, Teatro Milagro. Dañel has written and produced many Teatro Milagro productions, notably: FRIDA, un retablo (2013), B’aktun 13 (2012) about the end of the Mayan calendar, Duende de Lorca (2011) a surrealist vision of Federico García Lorca, El Ultimo (2009) an eco-drama, and ZAPATISTA (2008) the story of Subcomandante Marcos. In addition to bilingual plays, Dañel has worked to collaboratively design bilingual curriculum for k- 12 schools, colleges, and community groups and is currently working on her master’s degree in curriculum design at Portland State University. 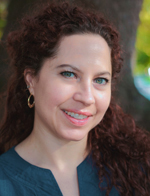 Alida Holguín Wilson-Gunn, Maria & teaching artist, hails from Arizona, where she has been working as the director of Borderlands Theater’s Education Outreach Programs for the past 7 seasons. As an actress some of her Borderlands credits include: Alice, Lidless; Jocasta, Oedipus el Rey and Christina, Electricidad, both by Luis Alfaro; Esmeralda, Earthquake Chica; Picuka, Oliver Mayer’s Conjunto; and the Bride, Bodas de Sangre. Other credits include: Kate, Rouge Theaters’ Immortal Longings; Frida Kahlo, Still Life with Chamber Music Plus; Abby, Fiction for Beowulf Alley (nominated for MAC award; best actress 06); Killer, Killer in Love with Camilla’s Theater, NY; and her own one-woman show Vein, NY. Alida has also appeared in several independent films and television commercials. 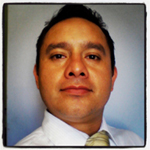 Erubiel Valladares Carranza, El Coyote, was born in Queretaro, Mexico, and started as a street performer when he was still a teenager. Arriving in Oregon at age 18, he went on to receive a B.A. from Western Oregon University, aided by a 4 year grant from the David S. Brody Scholarship for Bicultural students. A former community organizer, community radio engineer for PCUN and project manager for CAPACES Leadership Institute, he returns to Milagro after his last performance in Milagro’s production The shrunken head of Pancho Villa (2005)and the stage reading of Machos (2013). Erubiel currently leads his own company focused on providing technological support to the Latino artist and the community. 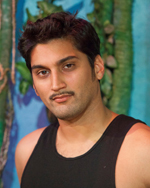 Ajai Terrazas-Tripathi, Jose and teaching artist, is originally from Corvallis, Oregon, where he graduated from Oregon State University with a degree in Theatre Arts. During his time at OSU he performed in many memorable roles in such plays as Much Ado About Nothing, Woyzek, The Silent Woman, and An Adult Evening with Shel Silverstein. Ajai has also directed, and also recently produced Stories of Discrimination, two original plays The Death Rattle, and The Anti-Bullying Project, both based on real life stories in Corvallis. This is his fourth year performing in the Milagro touring company as a performer and teaching artist, he also assists with grant writing and development efforts. 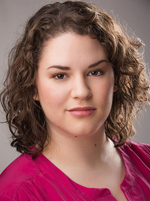 Mariel Sierra, various roles and teaching artist , began her theatre education in Kirkland, Washington at Studio East Training for the Performing Arts. While there she participated in Young Actors Professional Intensive and spent three summers teaching in youth camps. As a student, Mariel has also participated in the Oregon Shakespeare Festival’s Summer Seminar, The Shakespeare Theatre Company DC’s Text Al!ve program, and is a graduate of the Portland Actors Conservatory. Mariel was a founding company member of Post5 Theatre, and engaged in many roles from marketing to acting in their inaugural production of Romeo & Juliet. Favorite roles include Lucetta in Two Gentlemen of Verona, Moon in The Real Inspector Hound, and Zillah in A Bright Room Called Day
+ Google Calendar+ Add to iCalendar