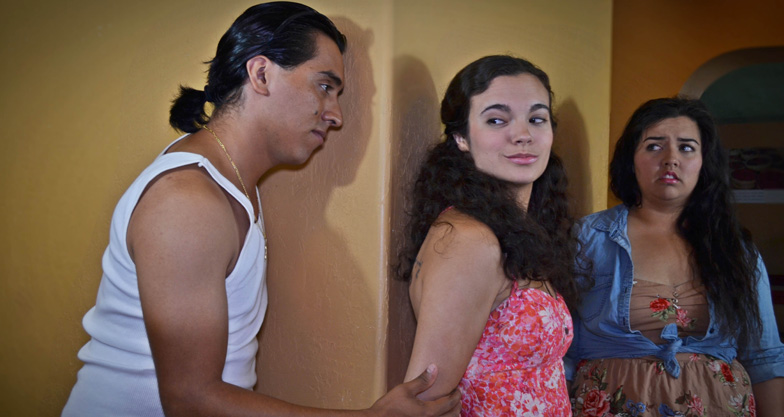 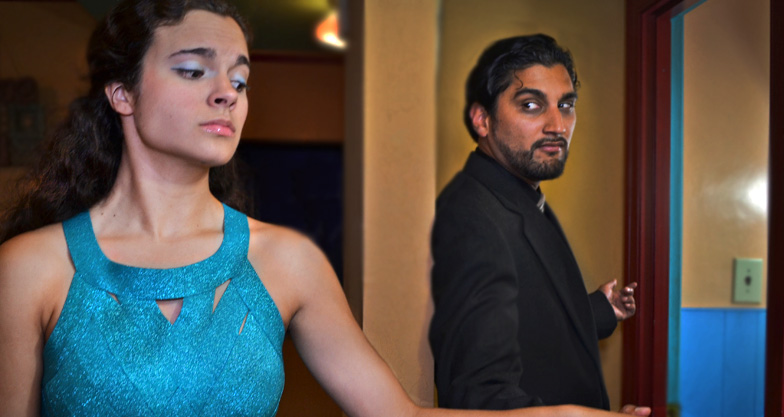 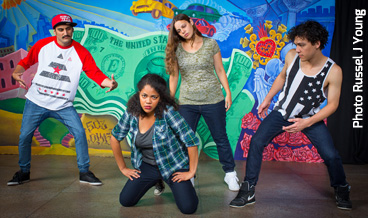 “The play experience was wonderful — attributable to great actors and an excellent script. Teens have such a fine-tuned ear for anything they find to be inauthentic, and I didn’t sense any disengagement on that account — I think they appreciated that the show did not hold back from getting into the darker issues of incest, exploitation and prostitution, not making caricatures out of anyone, but showing how kids can just make bad decisions without being bad people. I truly appreciate you bringing this to our student community.”
– Barbara Macon, Health Teacher, Roosevelt High School

“If one life is affected or saved because of this work, it will be worth it.  Thanks for caring!”
-Javier Sanchez, ELL Instructor, South Medford High School

“Milagro has created an impressive backdrop through sound, paint, and characters, with a gripping and real story at the forefront.”
-Christa Morletti McIntyre, Oregon Arts Watch, Jan. 18, 2016

“This is adult subject matter, but tastefully done. These young actors are energetic and persuasive in the roles they play. Domena has talent beyond her years, and Tripathi, in his multiple roles, is amazing to watch. Well done.”
– Dennis Sparks, All Things Performing Arts, Jan. 15, 2016

“I was very impressed by the four young actors, especially Monica Domena in the role of Adriana. Geo Alva is also excellent in the role of Esteban. It’s easy to see how Adriana could be seduced and manipulated by him.”
– Krista Garver, Broadway World, Jan. 18, 2016

“I was highly impressed by the quality of the production and the accuracy of the research the playwright did in developing her story line. It was very consistent with our research in human trafficking, particularly here in Oregon. I am glad that Olga Sanchez was able to bring home a global problem in a powerful way and thought that the bilingual presentation worked very well.” –Warren Binford, Professor of Law

OLGA SANCHEZ served as the Artistic Director of Milagro, the NW’s premier Latino arts & culture organization from 2003-2015. An actor, director, writer and educator originally from NYC, she earned her BA in Theatre from Hunter College. Olga holds a MA in Human Development from Pacific Oaks College NW, with specialization in Bicultural Development. In NYC, Olga served as a co-Artistic Director of the People’s Playhouse, and in Seattle as Artistic Director of Seattle Teatro Latino, for which she wrote and directed several pieces celebrating the beauty of Latino cultural heritage, including RETRATOS LINDOS a bilingual children’s show which toured Washington elementary schools & libraries. A founding member of Los Porteños writers’ group, she regularly pens a column on local Latino arts & culture for El Hispanic News. Her fiction has been published by Elektrik Milk Bath Press, Rio Grande Press and Rain City Projects. This past fall, she co-wrote ¡O ROMEO!, a Drammy Award winning production for Outstanding Achievement in Devised Work, in which Shakespeare meets el Dia de los Muertos. Her short bilingual play, SUPER ANA, commissioned by Metro for Teatro Milagro, tours local elementary schools.

Francisco is an actor, playwright, director and educator. He has worked with elementary, high school and college students adapting literature, classical theater and developing and directing original works for student presentations and performances. As an educator, Francisco has taught theatre classes and workshops for such programs as the Mark Taper Forum/Center Theater Group, Shakespeare Center of Los Angeles, Cal Art’s Community Partnership Program, Cornerstone Theatre Company and Oregon Children’s Theatre. He served as the 2012-2013 guest playwright for CalArts’ Community CAP Program where his adaptation of Fuente Ovejuna was performed at REDCAT Theatre located at the Walt Disney Concert Hall. He is currently writing Odessa, an adaptation of Homer’s The Odyssey for Profile Theatre’s Educational Outreach Program. Francisco is a member of Actor’s Equity and received his Bachelor’s degree from Portland State University and his Master’s degree from Cal State University, Los Angeles. 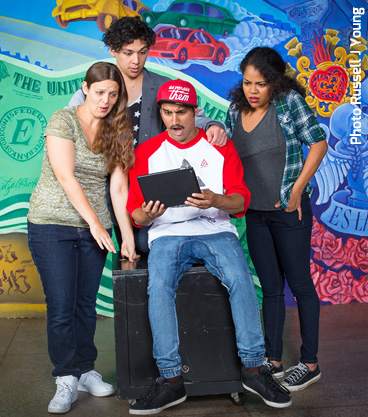 The 2016 Teatro Milagro National Tour is supported in part by