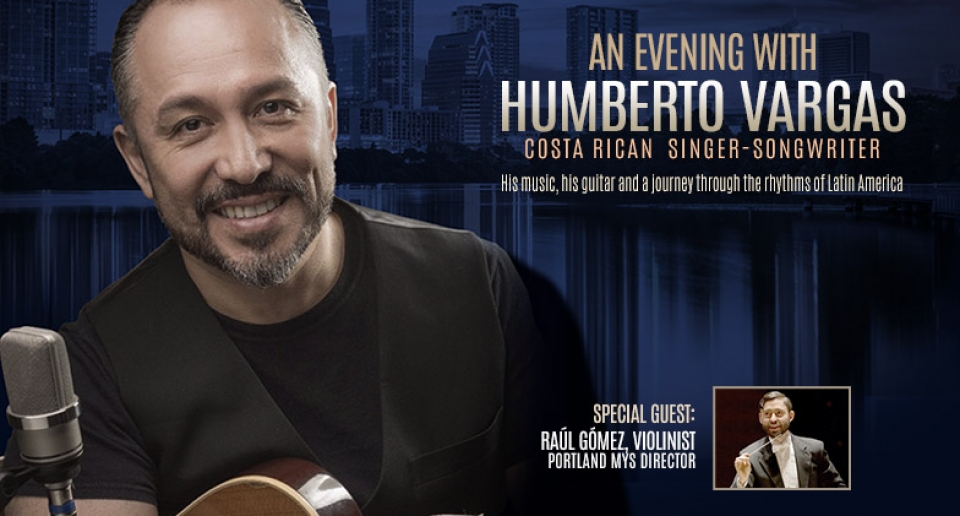 An Evening with Humberto Vargas

His music, his guitar, and a journey
through the rhythms of Latin America
Special Guest: Raúl Gómez, Violinist 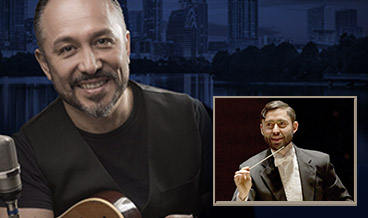 Costa Rican singer/songwriter Humberto Vargas, winner of the prestigious Silver Seagull award (La Gaviota de Plata) for first place at the Viña del Mar Festival in 2006, visits Portland for the first time for an evening to remember. The versatile Costa Rican artist presents the best of his repertoire, with tunes from his own inspiration as well as essential jewels of the Latin-American tradition and folklore. Passion and professionalism will lead the way to this unforgettable experience filled with magical ballads, boleros, tambitos, tangos, South American zambas, joropos and much more!

Humberto Vargas is an award-winning Costa Rican singer/songwriter. Primarily known for his original music, which falls mostly in the Ibero-American style, his versatile guitar playing lets him comfortably navigate other genres such as ballad, bolero, salsa and, true to his roots, tambito (Costa Rican folkloric rhythm), among others. He started his solo career in 1996, and became widely known after winning the first place in the 2006 Viña del Mar Festival, with his song “Dilo de una vez”. Vargas was invited to return to Chile in 2009 for the festival's 50th anniversary celebration along other wining composers from 2001 to 2008. He has toured extensively through Central and South America and most recently represented Costa Rica in Berlin at the world biggest tourism fair, ITB (Internationale Tourismus-Börse). Humberto has released 5 original albums to date, including a collaboration with Costa Rican salsa band Son de Tikizia, where he offers a twist to his most iconic songs with tropical-influenced musical arrangements.

Raúl Gómez is in his third season as Music Director of the Metropolitan Youth Symphony (MYS) in Portland, OR, where he enjoys working with a vibrant community of conductors, coaches, staff, families and over 500 students in 14 orchestra, band and jazz ensembles. Mr. Gómez was recently selected as one of six conductors to be featured in the League of American Orchestra’s 2018 Bruno Walter National Conductor Preview; recent and upcoming engagements include multiple appearances with the Louisiana Philharmonic Orchestra, the Oregon Symphony, the Chamber Orchestra of San Antonio and Acadiana Symphony Orchestra, Asia/America New Music Institute, and Sinfonietta Belo Horizonte.