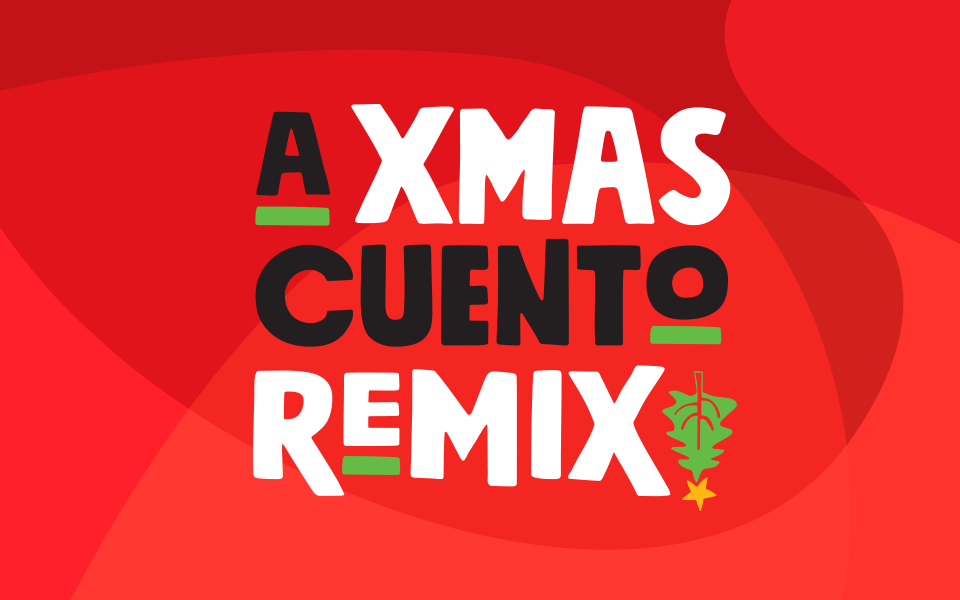 Each ticket will give you access to a recording of the 2019 A Xmas Cuento Remix Archive Video. You will have 5 views per link and can watch the show within 5 days of purchase.

Links will be sent out within 24 hours of your ticket purchase.

We regret to inform you that due to production challenges the virtual A Xmas Cuento Remix scheduled to open on Dec. 4, 2020 is not available for audiences this year.

If you purchased a ticket to see the virtual A Xmas Cuento Remix you can request a refund by emailing us at marketing@milagro.org 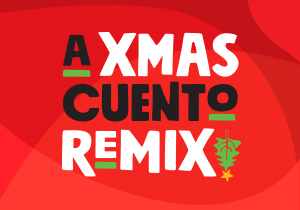 Thank you for your patience as you waited, with great anticipation, for the release of A Xmas Cuento Remix.

After weeks of working with our production team to bring you this story, we regret to inform you that the production of A Xmas Cuento Remix will not be ready in time for this holiday. Given the technological challenges, we will have to overcome to release the final production, setting a future date of release is not feasible at this time.

Milagro is not in the movie-making business, we are a theatre company, who amongst a global pandemic, tried to experiment with a new type of film making to continue telling stories. It is with heartfelt regret and disappointment that we bring you this news.

To bring you the holiday cheer we have promised, we are offering ticket holders the opportunity to view the archival video from Milagro’s 2019 production of A Xmas Cuento Remix directed by Alexandra Meda.

If you are not interested in watching the 2019 production and would like to request a refund please email us at marketing@milagro.org.

Thank you again for supporting Milagro. Thank you to the amazing creative team who worked very hard to produce a virtual A Xmas Cuento Remix. We are grateful for your understanding, patience, and support during this time. Find out more about the cast and crew who were a part of the virtual production here!

We wish you happy holidays!

ABOUT THE 2019 A XMAS CUENTO REMIX VIDEO

Anita Chapa has lost her job on Christmas Eve and with her family about to lose their house she must seek out help from her estranged Tia Dolores. Dolores Avara won’t be getting any sleep this Xmas Eve as she’ll be visited by some edgy carolers who will work to change this Scrooge from bad to good, reminding her of the importance of family and traditions. 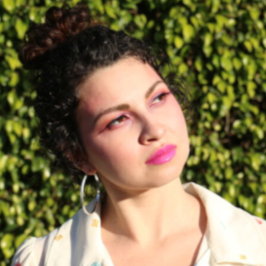 Maya Malan-Gonzalez is a multidisciplinary artist focused on performing, writing and ensemble collaboration. She’s a lifelong member of Milagro in Portland, Oregon. Milagro commissioned her new TYA play, “Blast Off” as well as, “A Xmas Cuento Remix”, which had a National New Play Network Rolling World Premiere Winter 2019 with Milagro, 16th Street Theater and The Cleveland Public Theatre. In addition, Maya is an ensemble member with Teatro Luna, her story “Down the Side of the Mountain” is featured in Teatro Luna’s Audible Original audiobook, “Talking While Female and Other Dangerous Acts”. Visit Teatrolunawest.org/blog to check out Maya’s blog series, “Learning WIth Maya”.
Maya is also a company member with Cara Mia Theatre, where she was last seen performing in “Deferred Action” and “De Troya”. She has performed at The Edinburg Fringe Festival (Edinburg), Fury Factory Festival (San Francisco), One Theatre World (Chicago), Carnaval of New Work (Chicago), and The Encuentro De Las Americas (Los Angeles). Maya received her B.F.A in Acting from The Theatre School at DePaul University with a concentration in Latino Studies. 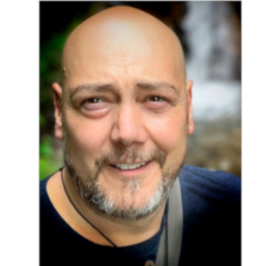 Thrilled to be doing another show with Milagro while using another set of skills in animation and video production. As well as bringing to life, the role of Caroler and Abuelo. Other shows at Milagro include Oye Oya! , Kiss of the Spider Woman, Clean, Bicycle Country, Deporting the Divas, Two One Man Shows – Men on the Verge of a His-Panic Breakdown part I and II. He has performed all over Portland, including roles such Shrek and George Banks in Mary Poppins for the Northwest Children’s Theatre. Daddy Warbucks for Clackamas Rep. He is received several awards for Acting and Directing in Portland, Phoenix, and Chicago. He holds a BFA in Acting from Southern Oregon in Ashland, where he also spent two years as an actor for the Oregon Shakespeare Festival. Currently, he is part of the Mercury Project 2.0 with Artist Rep. AND- he is thrilled to be working/developing a new show Field Notes for Armageddon with friend Bob Hardy. 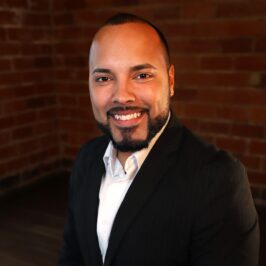 This is Tony’s second appearance in A Xmas Cuento Remix! Tony is a professional Dancer, DJ, MC, Actor and all-around entertainer. He has been dancing for over 15 years. His first professional dance job was with the NBA’s Cleveland Cavaliers Scream Team in 2005. Tony was one of five dancers selected to represent Cleveland at the China Games in Shanghai and Beijing and continued on to the All Star Games in New Orleans. Appeared on the Fox Series “SYTYCD” in 2007. 2010-2013, Tony toured the Caribbean with Carnival Cruise Lines as a Break Dancer and acted in an award-winning production of “Dancing in the Streets.” Since returning to hometown, Cleveland, Tony has performed and taught with many local companies: Progressive Arts Alliance, Tri-C Arts Prep, Playhouse Square, Arts Applause International Inc. Currently, Tony is the owner and founder of ShowPeace Entertainment, LLC, a multi-service entertainment company with the mission to Show Peace in every showpiece. Tony’s recent acting credits include The Bloodless Jungle at Ensemble Theatre and The Panther Dancer at Playwrights Local and “The Native Gardens” at Cleveland Play House Square. Www.ShowPeaceEnt.com