Are there too many voices in our heads?
USA premier • Presented in Spanish with supertitles in English
By Luis Mario Moncada Gil
Directed by Nelda Reyes

Diana is a woman who’s much more than meets the eye. She’d like to rein in the fragmented personalities that have happily ruled her life, but they think she can’t live without them.  They’ve got a point, having covered for Diana in difficult situations ever since her childhood.  It’s a battle of the psyches in this unique Mexican comedy that has delighted audiences throughout Latin America!

Best Play by a National Author in 2004

Luis Mario Moncada Gil  is a Mexican actor and playwright graduated with honors in dramatic literature and theater from the National Autonomous University of Mexico. He received the National Youth Award in 1985 and a grant from the National System of Creators. He has been the director of the National Center for Theatre Research “Rodolfo Usigli” (CITRU),  the Department of Theatre and Dance, UNAM, and the College of Theatre de la UNAM. He has also been the director of the Hellenic Cultural Center and was one of the founders and director of theater research journal Documenta-CITRU. His work has been produce in Mexico, USA, Canada, El Salvador, Colombia, Bolivia, Portugal and Spain. 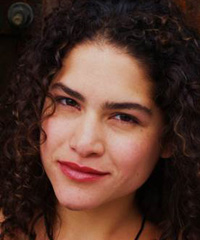 Nelda Reyes, a native of Mexico City, has studied with the Moscow Art Theatre School Institute of Harvard University, as well as with Maestro Luis de Tavira and Teatro Línea de Sombra and University of Guadalajara Theatre Company. She has been director and assistant director for theatre and opera in Mexico and the US and has served as dramaturge and translator of text and poetry for the stage. In Portland, she has directed at Milagro Jardín de Sueños (2012), Los Vendidos (2009)  and stage readings of Made in Lanus and La Conspiración Vendida. She has recently acted with Profile Theatre (Sam Shepard´s Festival of One Acts ), Milagro (Entre Villa y una Mujer Desnuda, Dance for a Dollar, Rosalba y los Llaveros), Shaking the Tree (Memory Water) and The Circus Project (Indulge). Nelda is a performer and co-creator of Leyendas de Mexico- Legends of Mexico, an educational touring program based on pre-Columbian tales, and she is a founding member of Nuestro Canto, a group dedicated to the preservation of Mexican art and culture through education. Nelda received her Master’s Degree in Theatre from Portland State University.

Olga Sanchez, Milagro’s Artistic Director, last season directed Ardiente Paciencia and, in the previous, the rolling world premier of Caridad Svich’s Guapa and prior to that, ¡Viva la Revolución! and Boomcracklefly. Favorite directorial projects for Milagro include: García Lorca’s Bodas de sangre (in the original Spanish), Nilo Cruz’s Lorca in a Green Dress (Drammy Award, Excellence in Direction), Dañel Malan’s Frida, un retablo (2007), the world premieres of Joann Farías’ The Road to Xibalbá, Rubén Sierra’s When the Blues Chase Up a Rabbit and Quiara Alegría Hudes’ The Adventures of Barrio Grrrl!. She is a founding member of Los Porteños writers group, and a Steering Committee member of the Latino Theatre Commons of HowlRound at Emerson College. She holds a BA in Theatre from Hunter College, CUNY, and a Masters in Human Development from Pacific Oaks College NW, with specialization in Bicultural Development.