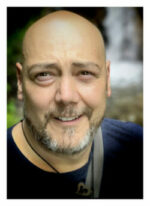 Thrilled to be doing another show with Milagro while using another set of skills in animation and video production. As well as bringing to life, the role of Caroler and Abuelo. Other shows at Milagro include Oye Oya! , Kiss of the Spider Woman, Clean, Bicycle Country, Deporting the Divas, Two One Man Shows – Men on the Verge of a His-Panic Breakdown part I and II. He has performed all over Portland, including roles such as Shrek and George Banks in Mary Poppins for the Northwest Children’s Theatre. Daddy Warbucks for Clackamas Rep. He is received several awards for Acting and Directing in Portland, Phoenix, and Chicago. He holds a BFA in Acting from Southern Oregon in Ashland, where he also spent two years as an actor for the Oregon Shakespeare Festival. Currently, he is part of the Mercury Project 2.0 with Artist Rep. AND- he is thrilled to be working/developing a new show Field Notes for Armageddon with friend Bob Hardy.

Anthony “TonyFresh” Velez (Choreographer, Tomas, Jose, Luis, Caroler)
This is Tony’s second appearance in A Xmas Cuento Remix! Tony is a professional Dancer, DJ, MC, Actor and all-around entertainer. He has been dancing for over 15 years. His first professional dance job was with the NBA’s Cleveland Cavaliers Scream Team in 2005. Tony was one of five dancers selected to represent Cleveland at the China Games in Shanghai and Beijing and continued on to the All Star Games in New Orleans. Appeared on the Fox Series “SYTYCD” in 2007. 2010-2013, Tony toured the Caribbean with Carnival Cruise Lines as a Break Dancer and acted in an award-winning production of “Dancing in the Streets.” Since returning to hometown, Cleveland, Tony has performed and taught with many local companies: Progressive Arts Alliance, Tri-C Arts Prep, Playhouse Square, Arts Applause International Inc. Currently, Tony is the owner and founder of ShowPeace Entertainment, LLC, a multi-service entertainment company with the mission to Show Peace in every showpiece. Tony’s recent acting credits include The Bloodless Jungle at Ensemble Theatre and The Panther Dancer at Playwrights Local and “The Native Gardens” at Cleveland Play House Square. Www.ShowPeaceEnt.com 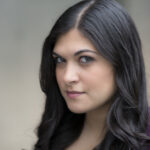 Tania Benites (Young Dolores, Sol, Police Officer, Caroler)
Tania Benites is a Peruvian-born, Cleveland-raised Theatre Artist. She graduated from Cleveland State University with a BA in Theatre Arts in 2012. When she is not on stage, Tania works for the Cuyahoga County Public Library system where she assists in developing and planning adult programming for 27 library branches. Tania has performed at many Northeast Ohio area theatres. Past credits include “Clara and the Nutcracker” at Talespinner Children’s Theatre, “Twelfth Night” at Rubber City Theatre, “Water by the Spoonful” at Ensemble Theatre, “El Insólito Caso de Miss Piña Colada” at LatinUs Theatre Company, “Love from a Stranger” at Clague Playhouse, and “Johanna: Facing Forward” at Cleveland Public Theatre. As a Playwright, Tania’s 10-minute play “La Griguita” and full-length play “The Tulpa” has been featured at past events including the “Obras en Evolución” play reading festival with Teatro Público de Cleveland. She is also a proud member of the Young Playwrights Collective in Cleveland. Tania was grateful to have participated in the rolling premiere of “A Xmas Cuento Remix” in 2019 at Cleveland Public Theatre and is so excited to be able to reprise her role as Sol la Chicana in this virtual production with Milagro. 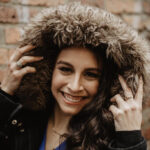 Tricia Castañeda-Guevara (Anita, Ghost of Elena, Young Elena, Caroler) is happy to be reprising the roles of Anita/Elena! Previous Milagro credits include Frida, un Retablo and Corrido Calavera. Regional credits : Remme’s Run (CoHo Theatre), As You Like It (Willamette Shakespeare), By the Way Meet Vera Stark (UW), Fefu and her Friends (UW), and Goldie, Max and Milk (UW). Tricia believes in empowerment through her art and building community that fosters healing and change. She is ever so grateful to Maya and the cast for creating, playing and Christmas-ing during these wild times and would like to thank her husband, mother and sweet new baby girl for supporting me in my first show as a momma! 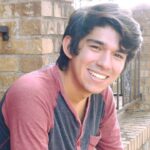 Pedro Adan Dominguez (Dominique, Joaquin, Miguel, Caroler)
Pedro (he/him) is a theatre artist whose ambition is driven by his passion for storytelling. Pedro got his BFA from Stephen State University in Texas, where he also studied abroad for part of his training. He’s happy to be a part of the Teatro Milagro Team as a teaching artist just after finishing his Acting Apprenticeship at Portland Playhouse. Currently, Pedro is working on his Fertile Ground show, The FUN-Raiser (to stop the end of the world), produced by Kryptic Films. Recent credits include Huinca (Ailen), Blast Off (Sam, Juan, Laika), The Play You Want (Stage Management), and BARRO (Stage Management). He’s an avid gamer, who one day hopes to voice a character! He currently resides in Portland with his best friend and their dog, Hero! 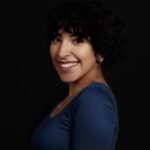 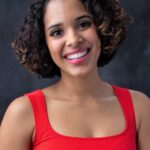 Shaleesa Moreno (Gina, Maria, La Catrina, Caroler)
Shaleesa is best known for inspiring others to live their day to day lives doing what they love. As a professional dog groomer, Shaleesa enjoys teaching others a more simplistic way to care and maintain their fur babies at home. If she is not giving dogs and cats a transformation, she is transforming herself on stage or at home into various characters. Shaleesa was last seen in Milagro’s 2019 production of A Xmas Cuento Remix. She has also been on TV series such as Pretty Little Liars: The Perfectionist, and Friday the 13th Vengeance. Including voice over work for The Choice podcast. Since receiving her Bachelors in Theater from The University of Portland in 2017, Shaleesa has explored art in numerous forms. Today, she is thrilled to be back at Milagro and is honored to perform in A Xmas Cuento Remix virtually. She would like to thank the cast and crew for an amazing and unique experience. Even through a pandemic Milagro can bring the holiday cheer to the comfort of people’s homes. We hope you enjoy! 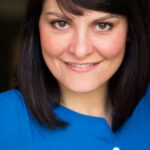 Verónika Núñez (Dolores Avara)
is an artist, educator, and life coach. She grew up in Caracas, Venezuela, and moved to Portland OR in 2001. She has worked with different theaters in the Portland Metro area, including Northwest Children’s Theater, Post 5, Lakewood, and her home, Teatro Milagro, were she has performed in over fifteen productions, directed stage readings, and has collaborated in numerous community projects. She played Dolores Ávara in last year’s production of A Xmas Cuento Remix. She is thrilled to be reprising this role this season. Among other favorite productions at MIlagro are: How the Garcia Girls Lost Their Accents, Canta y no Llores, Contigo Pan y Cebolla, and Astucias por Heredar. Thank you to Maya and Milagro for inviting me on this journey! And gracias Diego, my son, for being the biggest gift and light in my life, What a joy to keep doing art in these times and sharing the love in creative ways. Happy Holidays!